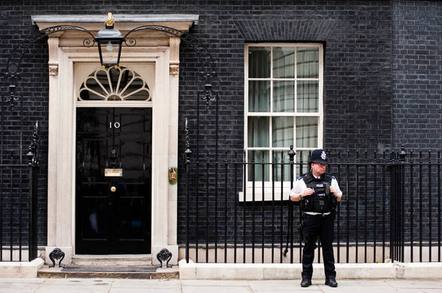 Responsibility for broadband delivery in the UK has been handed to Margot James following Matt Hancock's promotion to Secretary of State for Digital, Culture, Media and Sport in prime minister Theresa May's reshuffle of the top jobs this week.

But amid the Cabinet shake-up, the matter of who controls digital policy remains unclear.

James will likely take over all of Hancock's old responsibilities, including the broadband and mobile briefs, although her precise ministerial responsibilities are yet to be confirmed.

Meanwhile, in the Cabinet Office, Caroline Nokes – who was minister for government resilience and efficiency, and in charge of the Government Digital Service (GDS) – has moved to a cabinet position as immigration minister. David Lidington is now minister for the Office.

Both Number 10 and the Cabinet Office say it isn't their responsibility to decide who gets the brief, leaving the direction of the Government Digital Service rudderless – something that has arguably already been happening for sometime.

Observers have remarked that Hancock has long had ambitions to gain a cabinet post.

Before going into politics, the Oxbridge grad worked for his family's tech company, where his first task was "solving" the Y2K bug using "Cobalt". He also worked as an economist at the Bank of England, and was advisor and chief of staff to George Osborne before standing for election in West Suffolk.

Becoming MP in 2010, he served the government in several roles before replacing Ed Vaizey as minister for digital and culture. Vaizey has suggested that Hancock stole all his good ideas, but had not made any great strides in improving 5G and full-fibre broadband infrastructure.

Hancock, whose online bio includes the fact that "he retains all his fingers" (after suffering from frostbite on his way to play the most northerly of game cricket in the Arctic), is also "the first MP in modern times to win a horse race", the Newmarket July Course in 2012.

He is also an enthusiast of the musical arts. At the end of last year, he tragically had to miss the opening night of Hamilton in order to vote on an EU withdrawal bill. He is a fan of grime music, writing a fascinating piece in The Times about the genre's contribution to UK musical success. ®