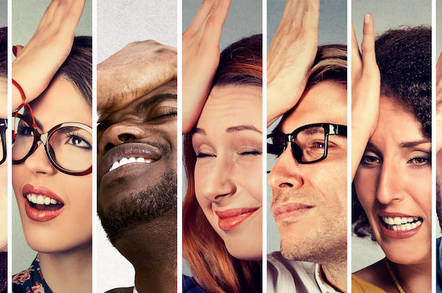 A petition calling for "an end to hate speech laws" has passed 10,000 signatures – requiring a formal response from the UK government.

The petition, on Parliament's have-your-say site, had gathered just over 14,000 signatures at the time of writing.

It calls for "current laws criminalising 'hate speech' to be rescinded", highlighting that "such speech, even online, warrants being fined or jailed. This is an outrage."

So far no government mouthpiece has replied, though it has only been a day since the petition passed the 10,000 signature threshold needed to trigger a response.

The petition was created by one Damian Freeman. Someone of the same name also created a petition on notorious spam-your-elected-representative site 38 Degrees, putting forward a "no confidence" motion in Prime Minister Theresa May. That gathered all of 200 signatures.

The anti-hate-crime laws petition has slowly gathered popularity online as a man was cleared today by a jury after sending a hoax bomb threat email to failure-prone train company Southern Rail. David Davies, 37, of Croydon, emailed the firm saying: "I hope you call the police. This is not a hoax. I will fucking bomb your fucking HQ to fucking smithereens." He later said he was "blowing off steam" and didn't believe anyone would take him seriously – something the jury agreed with.

In addition, a YouTuber who trained his girlfriend's dog to make Nazi salutes on the commands "gas the Jews" and "Heil Hitler" is currently on trial in Scotland accused of hate crimes. Mark Meechan – aka Count Dankula – denies the criminal charges and says he trained the dog to give the one-armed salute as a prank to irritate his girlfriend and amuse his YouTube followers.

"The phrase 'gas the Jews' contains a clear threat of incitement to carry out a seriously violent act," said the procurator fiscal (Crown prosecutor) during Meechan's trial, which is ongoing at Airdrie Sheriff Court. Meechan has shared the petition on Twitter and has also become something of a cause celebre for various right-wing fringe commentators.

Another ongoing case is that of self-described "Holocaust revisionist" Alison Chabloz, who is accused of sending "an offensive, indecent or menacing message or material" after posting YouTube videos of herself singing what prosecutors describe as anti-Semitic songs about the Holocaust.

Regular readers will recall the Twitter Joke Trial of 2012, where Paul Chambers tweeted that he would "blow the airport sky high" unless Robin Hood Airport's managers got their "shit together" and reopen after delays. He was eventually cleared on appeal. ®

US Declaration of Independence labeled hate speech by Facebook bots

UPDATE 'Sometimes we get things wrong' says The Social Network™, which fixed it in time for Independence Day