Bumps out new array and brags about quarterly results 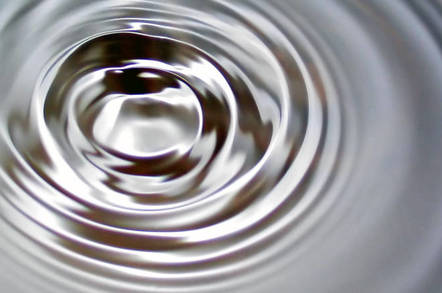 The number-two disk drive supplier is starting 2018 at a gallop with a dense, ClusterStor-like array, a raft of consumer drives at CES and upgraded estimates for its first-quarter results.

The Advanced Distributed Autonomic Protection Technology (ADAPT) disperses data across multiple drives. It makes the enclosure effectively self-healing, Seagate claims, because it eliminates up to 95 per cent of performance degradation during a disk drive rebuild compared to existing RAID rebuild methods. This should mitigate the risk of having a second drive fail while the rebuild process from an initial drive failure is ongoing.

Seagate's old ClusterStor array line had GridRAID, which split data into tiles that were written to – striped across – different drives to cut rebuild times. 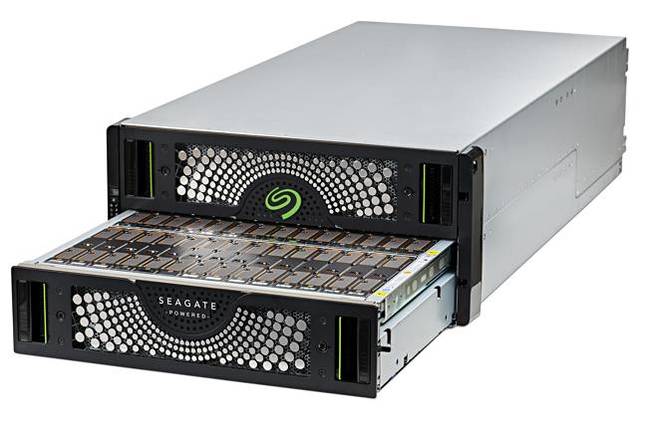 No details of the OS are provided but we suspect ClusterStor OS functionality has been used as a basis.

The array, with a ClusterStor-like bezel, comes from Seagate's Systems business unit. VP Ken Claffey said the OS allows multiple cores to share the workload as specific processing tasks are distributed to individual cores, with a surveillance company for example, having fast access to data intelligence and insight, allowing them to make informed, real-time decisions.

In other words, Seagate is enabling some compute to be located with the storage, and OEMs/SIs would provide software to take advantage of this.

The HPC ClusterStor business went to Cray last year, which set up a strategic partnership with Seagate. An aspect of this is that Cray will integrate future Seagate technologies into Cray storage products, so we might see the 5U84 appearing in a Cray ClusterStor-branded system.

This 5U84 chassis looks even more interesting as 14TB and greater capacity drives come down the pike. If Seagate ships 20TB HAMR drives then we have the prospect of 1.68PB in the 5U and 13.4PB in a rack. Seagate's multi-actuator technology would also play a role here, upping the disk IO rates.

The drives are hot-swappable and the system has a 12Gbit/s SAS setup and dual controllers. Seagate says it offers 600k IOPS at 1ms latency with a 2U24 all-flash array configuration, meaning it implicitly has a 2U x 24-slot alternative enclosure. Nothing is being said about NVMe drives or NVME fabric access.

The flock of products at CES include:

Revenues in Seagate's second fiscal 2018 quarter are expected to hit $2.9bn where $2.74bn had been expected. Why the relatively good news? There was stronger nearline/high-capacity enterprise HDD demand, and better-than-expected sales of both enterprise fast access drives and consumer drives. Happy Christmas selling season, Seagate!

Wells Fargo senior analyst Aaron Rakers said Seagate's total capacity shipped during the quarter reached a record 88 exabytes (+29 per cent year-on-year) with about 40 million drives shipped. It was 39.9 million a year ago.