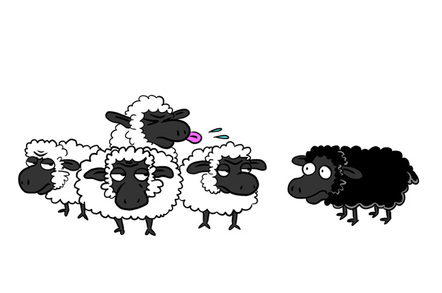 Updated The latest Stack Overflow developer survey has invoked ire from Oracle fans after failing to include Big Red in its list of database technologies.

The survey, which last year attracted more than 64,000 responses, asks devs about the tools, databases, languages and platforms they use, loathe or want.

Last year's results found that – although Oracle's was far from being the most-used database (that title went to the Oracle-developed, but open-source MySQL), it was still used by 13.2 per cent of all respondents.

But this year, Big Red appears to have been snubbed by the community site entirely, with the technology not being listed as an option after questions on which database environments and platforms respondents use.

Some developers took umbrage at the perceived slight, pointing out that – like it or loathe it (last year more than 60 per cent of respondents said it was their most dreaded database) – Big Red is much more prevalent than some of the other named options.

This was echoed by others commenting on the survey, asking for Oracle to be added to the list of databases you've worked with in the last year.

"Oracle is very widely used, especially in older organizations, where it is possibly the most commonly used database. Either remove 80 per cent of the options, or add in Oracle... nothing else makes sense," said one.

Another user, who admitted to working for Oracle, saw malice in the Stack Overflow team's plans, writing: "The fact that you managed to build an IT survey without managing to mention Oracle even once suggests more than just accidental omission but malicious bias. That's pretty poor form for Stack Overflow."

However, another pointed out that Big Red had been included last year and suggested that perhaps it was a case of cock-up, rather than conspiracy.

Amazing. Makes no sense. Sure, the population is under-represented on stack overflow (16.5% of respondents to last year's survey) but it's still a significant population. I hesitate to jump to conclusions however - incompetence rather than malice, and all that :) pic.twitter.com/o31DjBmj5m

Others, meanwhile, defended Stack Overflow's omission, with one jokingly speculating: "I think the reason is they didn't want an equivalent of 'Tick here if you've ever been a member of a terrorist organisation.' What if you select it by accident – who knows what'd happen?"

We've contacted Stack Overflow to ask if this was intentional or an oversight, and we'll update this article if they respond. ®

We're told Oracle is now in the survey.