Spacefaring veteran flew into space six times, once with a corned beef sarnie 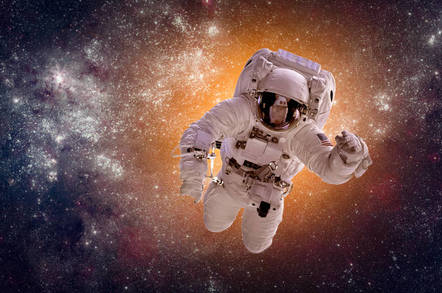 Obit John Young, the first pilot of a space shuttle, and longest serving astronaut in NASA's history, has died at the age of 87 due to complications caused by pneumonia.

Announcing his death on 6 January, NASA administrator Robert Lightfoot said: "NASA and the world have lost a pioneer. Astronaut John Young's storied career spanned three generations of spaceflight; we will stand on his shoulders as we look toward the next human frontier.

“John Young was at the forefront of human space exploration with his poise, talent, and tenacity. He was in every way the 'astronaut’s astronaut.' We will miss him.”

Young, who flew on the Gemini and Apollo missions as well as on the Shuttle, was born in San Francisco, but grew up in Georgia and Florida in the US. After graduating from the Georgia Institute of Technology with a degree in aeronautical engineering, he joined the Navy, and spent a year serving aboard a destroyer during the Korean War.

He then become a pilot, completing his training in 1954. Young subsequently trained and served as a test pilot, working on weapons systems and aircraft performance projects before joining NASA in 1962. He, alongside Neil Armstrong, had been selected to form Astronaut Group 2, or "The New Nine", chosen by the agency for their flying experience and engineering and scientific expertise.

While Young achieved many firsts during his career – such as flying in space six times, and commanding the inaugural shuttle and Spacelab missions – one memorable feat was smuggling a corned beef sandwich into space during his maiden spaceflight on Gemini 3 in 1965. (You can read the transcript of the Gemini 3 flight here [PDF]. The corned beef sandwich appears on p.45)

As part of the Apollo programme, Young travelled to the Moon twice. The first time on board Apollo 10 in 1969, he flew around it scouting landing sites for Apollo 11. His second trip in 1972, on Apollo 16, let him walk on the satellite's surface. Two years later, he became chief of the Astronaut Office, and was famed for his numerous memos and unrelenting push to improve astronaut safety, particularly after the Challenger disaster in 1986.

His last spaceflight in 1983 ended dramatically, with Columbia catching fire due to a propellant leak. Nonetheless, he successfully landed the shuttle. He continued as astronaut office chief until 1987, when he was made a special assistant for engineering, operations and safety, and later associate director, at the Johnson Space Centre. After 42 years at NASA, he retired at the age of 74 on New Year's Eve, 2004.

Johnson Space Center director, and former astronaut, Ellen Ochoa said: “It would be hard to overstate the impact that John Young had on human space flight.

"Beyond his well-known and groundbreaking six missions through three programs, he worked tirelessly for decades to understand and mitigate the risks that NASA astronauts face. He had our backs.”

Young is survived by his second wife Susy Feldman, and his two children, John and Sandra, from his first marriage to Barbara White, which ended in divorce. ®