Aliens and sinister AIs from the mind behind the greatest TV show ever? Colour me aroused 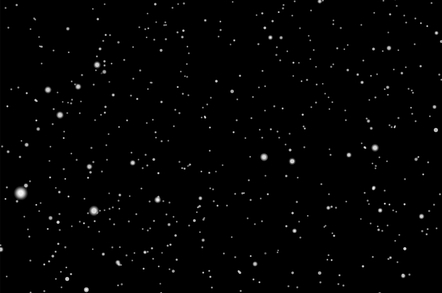 HBO's epic Game of Thrones cycle may be coming to a close, but fans of the books the show is based on can take heart that author George R R Martin (GRRM) is sending another of his works to the tellybox.

Variety reports that Nightflyers, GRRM's 1985 short story, has been picked up by the cable channel Syfy, which, in the UK at least, is home to endless Buffy re-runs and other assorted trash.

The novella follows nine boffins in search of the volcryn, a mythic race of ancient space nomads, on the good ship Nightflyer. Gritty space horror ensues when some of the crew with psychic abilities begin to break down, and increasingly violent events take place on board, causing the team to question themselves and each other.

Holograms and sketchy AI are sure to tickle the average Reg reader's grey matter too.

The cast – including Gretchen Mol, Eoin Macken and David Ajala – isn't exactly replete with A-listers, but then again Thrones has made many of its actors household names.

When Jesus of Nazareth hung dying on his cross, the volcryn passed within a light-year of his agony, headed outward. When the Fire Wars raged on Earth, the volcryn sailed near Old Poseidon, where the seas were still unnamed and unfinished. By the time the stardrive had transformed the Federated Nations of Earth into the Federal Empire, the volcryn had moved into the fringes of Hrangan space. The Hrangans never knew it. Like us they were children of the small bright worlds that circled their scattered suns, with little interest and less knowledge of the things that moved in the gulfs between.

The amount of world building effortlessly crammed into a hundred words is typical of GRRM's obsession with detail regardless of setting (Thrones readers will be familiar with page-long descriptions of medieval feasts and accoutrements), and a reviewer on Goodreads described the story as "The best science-fiction horror since Alien."

Quite a statement – it has to be better than Seth MacFarlane's The Orville and Black Mirror's dorky Star-Trek-in-a-computer homage, right?

Netflix is co-producing alongside Universal Cable Productions and the streaming service will have the rights to run the show outside the US.

Although GRRM was fairly hands-on with his approach to Game of Thrones, writing one episode per season, he is slated to take a backseat as executive producer so he can get on with the latest instalment of his fantasy epic, The Winds of Winter – much of which has already been depicted on TV.