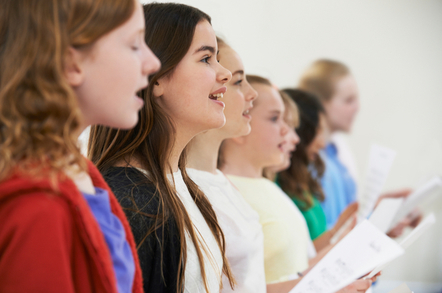 NATO, the military alliance originally formed to defend Europe against Soviet Russia, has formally adopted its own national anthem-style hymn.

At this early stage in the article we find it necessary to assure readers that this is not a windup, nor is it April Fool’s Day.

In a statement, NATO said that the NATO Hymn (catchy title, lads) “was written by Captain André Reichling, conductor of the Luxembourg Military Band” in 1989 to commemorate the alliance’s 40th anniversary.

Since then it has, we are told, “been played at many NATO events, including the most recent meeting of Allied Heads of State and Government in May 2017”. A historical note from NATO reckoned that Air Marshal Sir Edward Chilton, then commander-in-chief of RAF Coastal Command, suggested in 1960 that the alliance adopted a formal anthem. Five decades later, the air marshal’s idea has been adopted.

Curious folk can listen to an excerpt of the anthem here, on NATO’s website. It’s about as uplifting and inspiring as a school assembly.

“What a dirge! How about the theme to Where Eagles Dare?” suggested one Twitter wag who listened to the hymn.

The North Atlantic Treaty Organisation, which can trace its roots back to the early 1950s, was originally formed because the Western Allies feared Soviet dictator Josef Stalin’s intentions for Europe once the dust of Second World War had settled.

The self-defence alliance – famously, Article 5 of its founding treaty states that an attack against one member is considered an attack against all members – faced down Soviet Russia across the Atlantic Ocean and the eastern borders of Western Europe until the Communist state imploded in 1991. Since the resurgence of Russia as a military power under Vladimir Putin, the US-dominated alliance, whose members now include former Soviet satellite states, has found new purpose.

A less moribund anthem that NATO may wish to adopt in place of the current one can be found here. ®