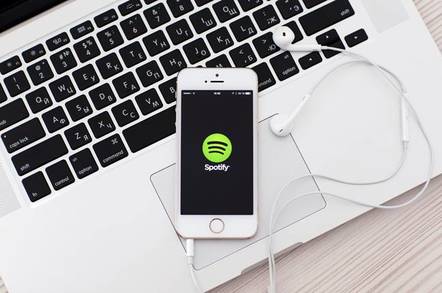 Spotify has been accused of rockin' a little too freely by a Californian music company that claims the streaming biz failed to gain proper licences for its artists' songs.

Wixen Music Publishing – which represents Tom Petty, Neil Young, The Black Keys, The Doors, and more – launched the sueball at Spotify at the end of last month.

As the exclusive licensee of the copyrights for their songs, Wixen is seeking damages of "at least $1.6bn" under the US Copyright Act.

That's £150,000 for each of the 10,784 songs it says Spotify has used without getting either a direct licence from Wixen or a compulsory licence.

"Spotify's conduct has at all times been willful, intentional, purposeful, in disregard of and indifferent to the rights of Wixen and those of the artists it represents.

"As a direct and proximate result of Spotify's willful and infringing conduct, Wixen is entitled to actual damages, including the substantial profits of Spotify."

Wixen also said that Spotify had "outsourced its responsibility to a third party, the Harry Fox Agency... [which] was ill-equipped to obtain all the necessary mechanical licenses".

Spotify was aware the agency didn't "possess the infrastructure to obtain the required mechanical licenses", the filing added.

Wixen also set out its intention to seek an injunction to "prevent and restrain Spotify's ongoing copyright infringement" – although your correspondent was still able to enjoy Petty, Young and more on the service as part of "research" for this article.

Spotify agreed to a $43m settlement to stop a $150m lawsuit over royalties last year.