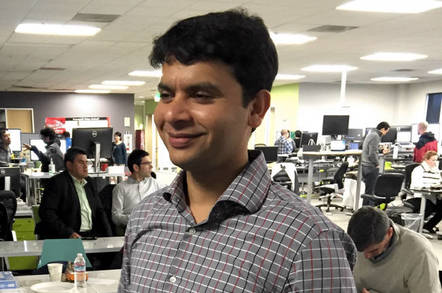 Cohesity's chief financial officer Seamus Hennessy has resigned after less than four months in post, judging from his LinkedIn profile.

This follows news last month that John Loiacono left as veep of worldwide sales engineering after less than six months in the role. Ex-NetApper Loiacono joined Cohesity in June last year as veep of systems engineering. He followed HR head Nicole Rasko out the door: she went in November after Rob Salmon was made chief operating officer in October. Salmon was also ex-NetApp. And all that follows Ricardo di Blasio’s exit as chief operating officer last year.

So, since October 2016 we have had a COO go, a new COO, Rob Salmon, come on board from NetApp, followed by an HR head going, a worldwide sales engineering head ejecting, a sacked EMEA head with Klaus Seidl replacing him, and now the CFO departing.

Don't these people like the way CEO and founder Mohit Aron, and Salmon, are running the Cohesity ship? Has there been a clash between top-level executives at the enterprise storage upstart?

For a CFO to leave so quickly indicates a fundamental mismatch in personalities and expectations. Alternatively, there was a major change in Cohesity's core business strategies that caused Hennessy to reassess his position and quit.

And this indicates the CFO recruitment process was perhaps flawed.

We have asked Cohesity what is doing on. The company said it will brief us on Thursday. ®