Storage Christmas cracker: My band is called 1023MB. We haven't had a gig yet 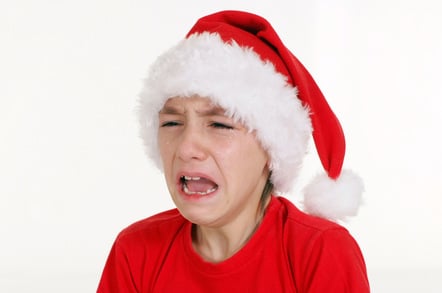 Here's a final collection of storage news before Christmas 2017. Imagine you are having Christmas dinner and you get a bunch of crackers. Pull them and, instead of fortune cookie statements and bad jokes, this list of news items tumbles out.

My, how much richer your Christmas dinner would ... we'll go away now.

This file sharing and cloud storage supplier ran a spoof Star Wars-style video at a showing of The Last Jedi, saying that the Imperial forces had a crap battle station file sharing and protection policy. They needed Darth Nasuni or somebody like that. The cringe is strong with this one. 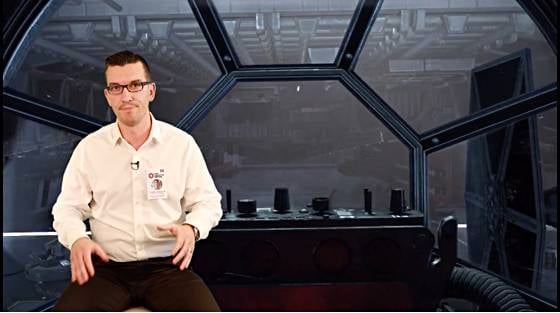 Jerome Wendt of DCIG thinks two long-standing storage assumptions are being challenged by two new ones. The old assumptions were:

The new challengers are based on hyperconvergence:

Check out his thinking here.

Another set of 2018 predictions:

It features an approximate 30 per cent productivity gain over the company's first-generation 10nm-class 8Gb DDR4. The new 8Gb DDR4's performance levels and energy efficiency have been improved about 10 and 15 per cent respectively, with new and proprietary circuit design technology.

Hyperconveged secondary storage supplier Cohesity says that the Verizon subsidiary XO Communications is using Cohesity as for its secondary storage system. It says XO Communications has lowered its data centre TCO by 60 per cent due to Cohesity's high capacity and small footprint – 100 TB of raw storage per 2U appliance – and ease of management, which requires fewer administrators.

Paragon has also released an update to Microsoft NTFS for Mac, a software utility that grants transparent read/write access to Windows-formatted NTFS hard drives, SSDs, and thumb drives under macOS. It has improved support for macOS 10.13 High Sierra in conjunction with the latest update from Apple.

Download and install Paragon APFS for Windows Preview from here.

It has been a wonderful storage year, packed full of technology and business developments, rises, falls, acquisitions, startups and exits. We here at The Register's storage desk wish everyone a great Christmas and all the best for the New Year.