How's this for a stocking filler next year? El Reg catches up with Gemini

And the Archangel appeared and said: 'Pssst, someone's making a new Psion' 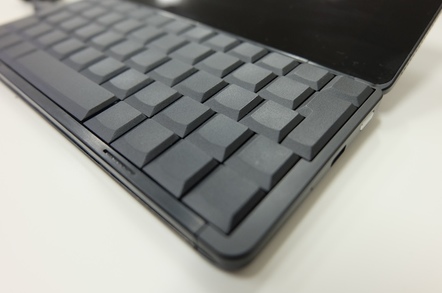 It has already picked up an Innovation Award from the organisers of the International Consumer Electronics Show next month, where a formal launch will take place. And the project reached $1m in crowdfunding this week.

As the final pre-production prototypes tumbled off the plane from China this week, still warm, we popped round to Planet's UK HQ have a look.

So here for the first time is the Gemini in its production case (that won't change), a look at the almost-ready software, and the finished retail packaging. Gemini's QWERTY keyboard will have one or two tweaks before going gold. And a few tricks it can do which haven't been disclosed before. 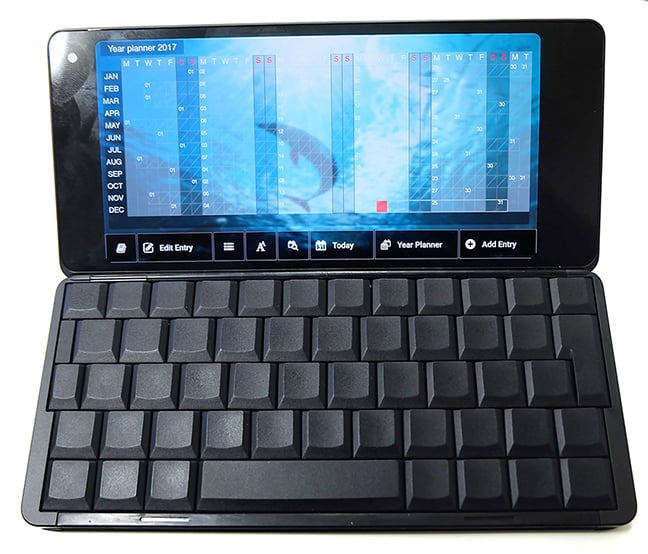 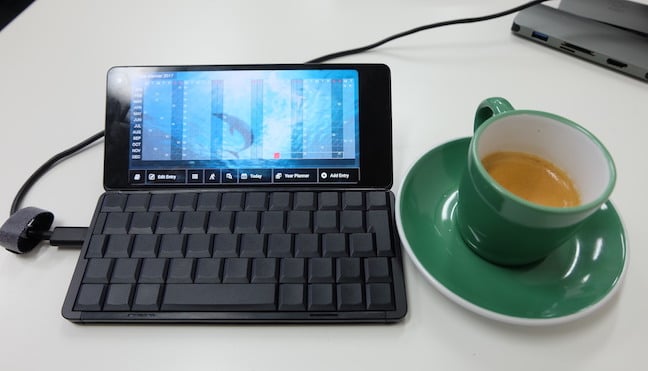 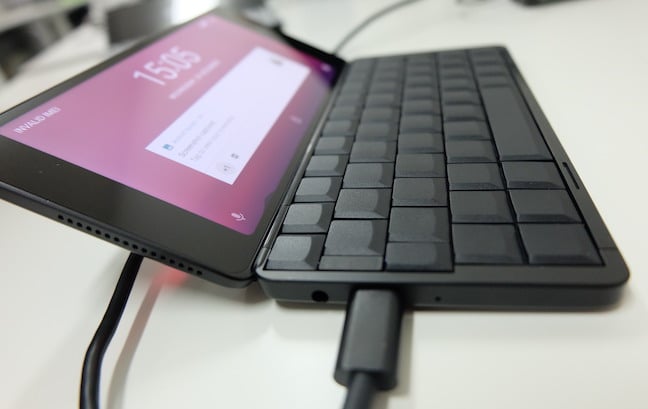 In case you missed it, Gemini brings the Psion Series 5 design into the 21st century. Psion's designer, Martin Riddiford of Therefore, has devised a new keyboard and hinge, which allows the machine to spring open and snap shut, just like Psions used to, and stand firmly on a flat surface without keeling over. Inside is a full phone board and a ten-core ARM-compatible MediaTek system-on-chip.

It dual boots between Android – yes, with full Google Play Services – and Linux. 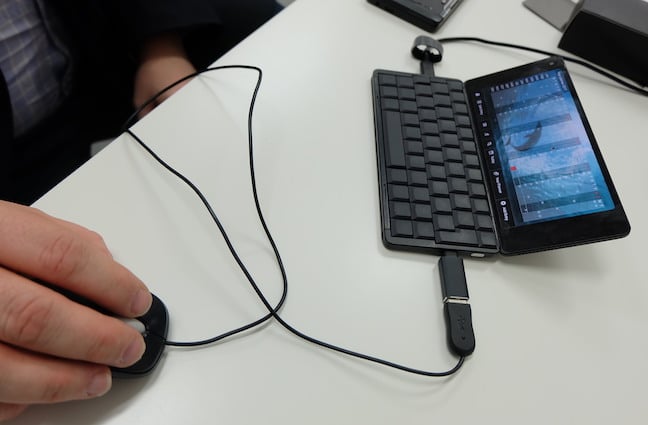 The excitement is about much more than nostalgia. Gemini isn't just a better mousetrap – there's nothing else like it. It's a machine that enables a new way of working: rapid touch typing and modern software for something that fits in your inside pocket. If you have a few thoughts to write up in private, you can always use pen and paper. But if you want to do this digitally, you must either compromise convenience (by lugging along a laptop or iPad) or speed (it's so much faster than a phone).

For an Indiegogo project, Planet is ambitious. There will be 30 variants of keyboard, CEO Janko Mrsic-Flogel told us. The final pre-production prototypes that arrived this week are not marked up in any language. Yet it's fully functional: we were able to use it as a phone – more about that later. Everything about the design feels high quality, including the USB hub and the packaging, all of which was done by Therefore.

In case you're wondering what the finished keyboard looks like, here's one from a slightly older prototype. Planet stuck very closely to the 1997 Series 5 design, retaining both Fn and Alt modifier keys.

These come into their own for systemwide shortcuts – Fn-A for the Android task switcher, Fn-D to get to the desktop, Fn-F for flight mode, and Fn-R for a screenshot (this is not an exhaustive list). 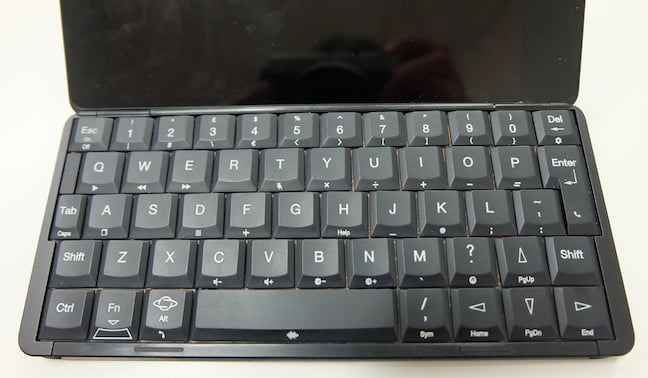 The UK keyboard. Gemini will ship in 30 flavours

And while we're at it, here's how the various prototypes have evolved. Starting at the bottom righthand corner for the oldest – the gold design – and zigzag up to the newest in the top left hand corner. 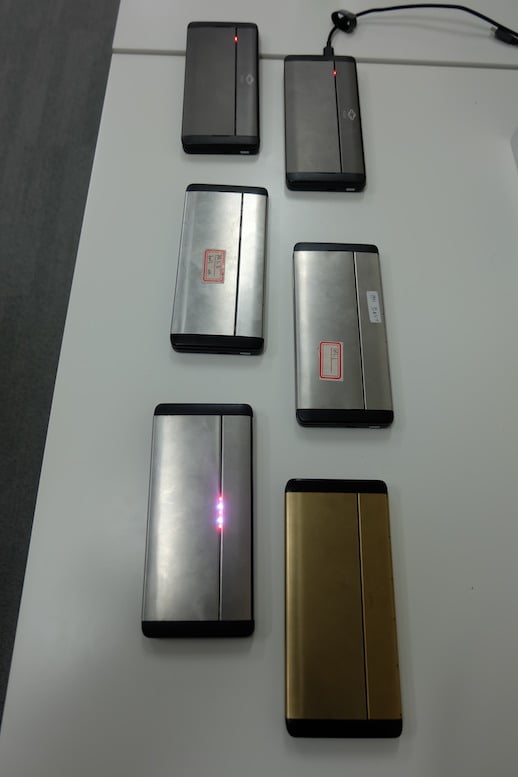 All the Gemini prototypes 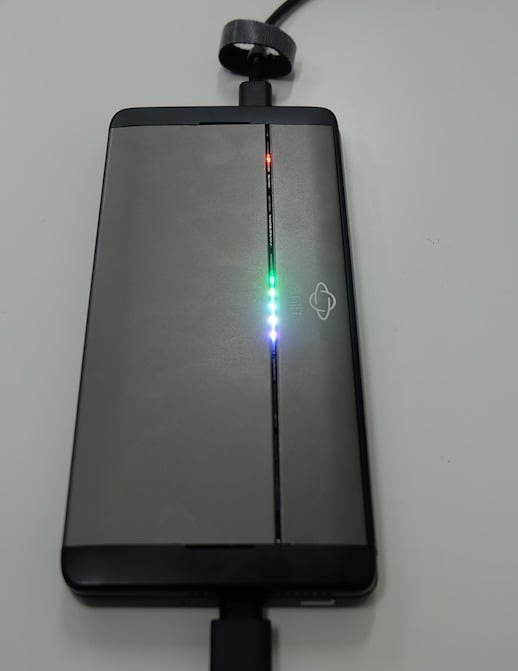 Das Blinkenlights: The flashing colour LEDs can be customised to each kind of notification, such as incoming call, SMS

It's squeaky-bum time at Planet HQ as the team irons out the final wrinkles in the keyboard. Right now the prototype QWERTY requires a little more "pop" and an even response: keys are fine on the left side but a little soggy on the right. Fixing this is in the experienced hands of Psion's original keyboard designer. One thing that won't need to change is the casing and the hinge – this is the first prototype with the desired brushed metal finish, and what a difference it makes. 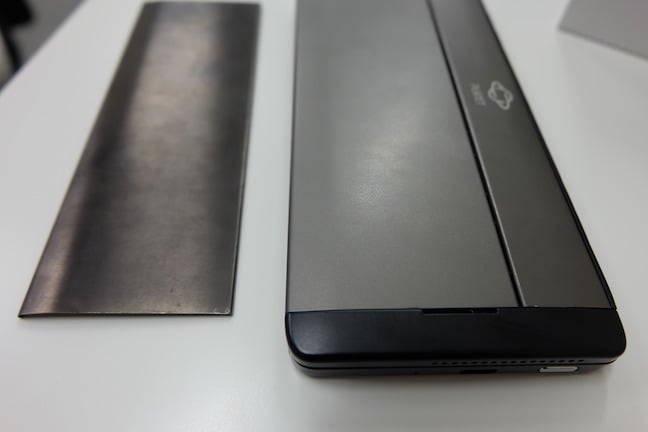 Previous prototypes felt thinner and more flimsy, like an '80s Toyota, but these are more like an Audi or Merc, creating a very positive first impression. Planet's Janko told us this was the first prototype where they'd been happy with the feel of the hinge. The genius of the design is the spring-loaded (removable) hinge bracket. The Gemini springs up and snaps shut. 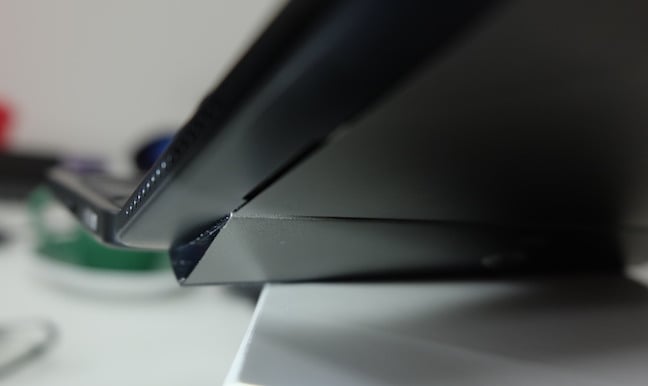 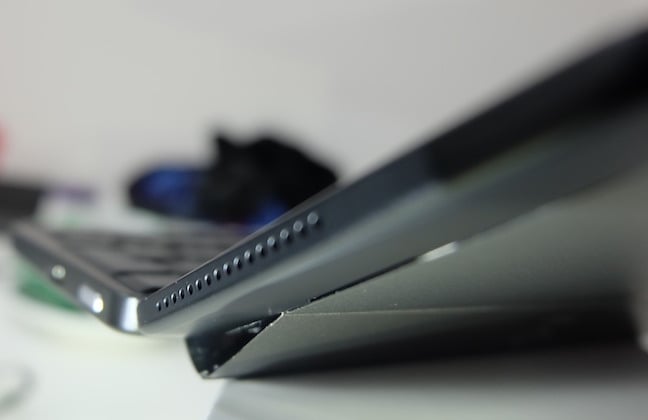 The bracket also extends the device's centre of gravity, making it more stable on a flat surface. That gap disappears of course when the device is shut. But as with most electronics, you'll really want to keep it away from spills.

The finished packaging. The wordle reflects interest in the Gemini project from around the world: the larger the word, the more has been pledged from that country. 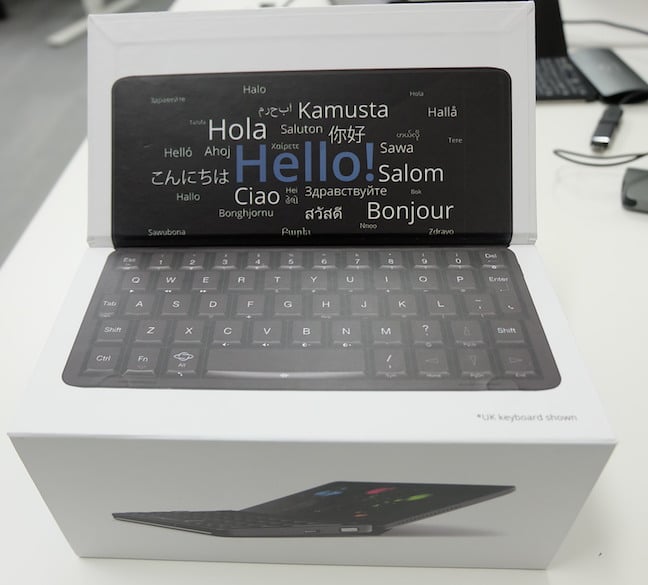 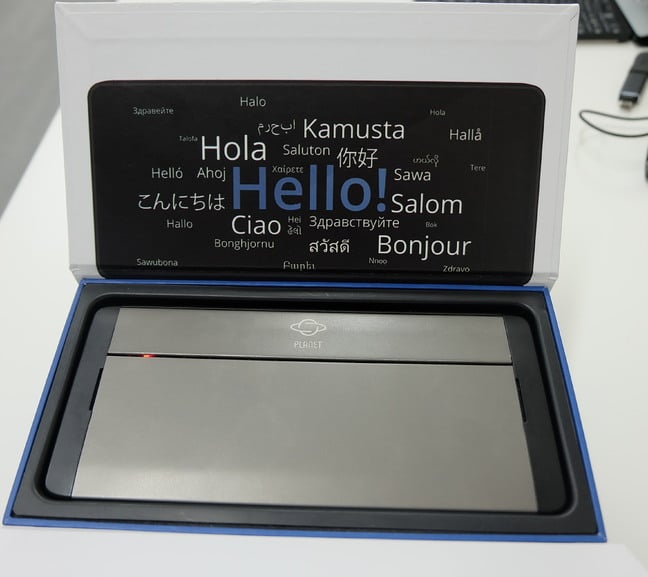