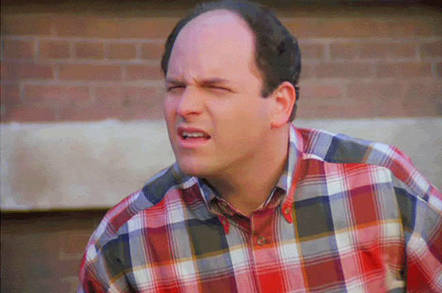 The Administrative Council of the European Patent Office (EPO) has inflamed already heightened tensions within the organization by failing to properly address an important accountability test case.

The ruling body of the international organization – made up of representatives of European governments – was formally criticized earlier this month for not doing its job and questioning the treatment of a patent judge by EPO management. It then considered the case of patent judge Patrick Corcoran at a closed-door meeting, going through two judgments from the International Labor Organisation (ILO) that ordered Corcoran immediately be reinstated from a three-year suspension.

As we reported last week, despite the EPO's president Benoit Battistelli being explicitly and repeatedly criticized for inappropriately trying to influence Corcoran's case, it appeared that Battistelli had again interfered by revising documents at the last minute that were then considered by the council.

The end result of that meeting was formally acknowledged in minutes released this week: Corcoran was reinstated but his position on the Boards of Appeal was not renewed.

Since Corcoran's five-year term ends on December 31, the council effectively rehired him back for a week, and then demoted him. Unless Corcoran resigns, he will return to the EPO in two weeks as a patent examiner working under the very man that has targeted him for several years.

What has really annoyed EPO staff, however, is how the Administrative Council chose to reflect its decision:

In a closed session, the Council took a final decision in a disciplinary case against an employee appointed by the Council - a case which had attracted significant public attention. This decision was taken with due regard to all relevant elements. The Council expressed its satisfaction at having closed the case. In particular, it underlined its expectation that now - after a long period of intense debate - legal peace would be restored.

As many have pointed out, the case is far from closed and the idea of there being "legal peace" following its decision ignores both Corcoran's case and those of at least four other EPO staff that have been wrongly fired, suspended or disciplined.

Just next month, another two outstanding judgments with respect to Corcoran's case will be released by the ILO. In addition, a further two ILO judgments concerning a different EPO staff member – in this case a fired union leader – are coming and they are also expected to be highly critical of EPO management as well as the failure of the Administrative Council to do its job and ensure the organization was running efficiently.

In recent weeks, it has also emerged that EPO president Battistelli and his vice-president Željko Topić sued Corcoran personally in the German court – and had the case thrown out.

And, we understand from EPO staff, that despite being reinstated, Corcoran has still not been given access to the EPO's internal systems, nor given a work computer or phone number. He has also not been paid the €100,000+ that the ILO ruled he be given in damages and back pay.

The Administrative Council's callous – and some could argue, cowardly – response has not gone unnoticed.

The main committee of the Association of the Members of the Boards of Appeal (AMBA) wrote to its president Carl Josefsson and asked him to push for Corcoran's reappointment at the council meeting.

When the council failed to reappoint him, AMBA then sent a message to all its members noting that it "regrets that the Administrative Council did not take a decision to reappoint Patrick Corcoran, as the consequence of this is that the case will continue to be a burden to everyone involved."

An article in patent journal Juve was equally unimpressed, noting the history of Corcoran's case, Battistelli's repeated interventions and the "pyrrhic victory" of being reinstated for just a few days after having been wrongly suspended for years.