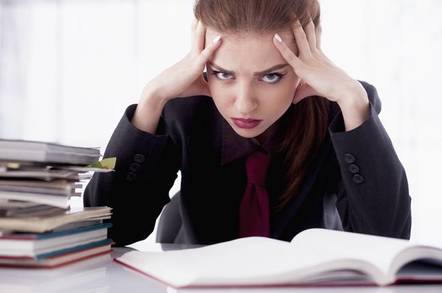 On Wednesday, a jury in Connecticut, USA, found in favor of staff who had brought 11 claims of labor law violations against the IT services provider. Their class-action lawsuit, launched in 2014, accused the multinational giant of failing to pay mandatory overtime.

During the three-year legal battle in Connecticut and California, CSC merged with the Enterprise Services business of Hewlett Packard Enterprise to form DXC Technology.

After deliberating over two days, the jury unanimously rejected CSC’s claim that its low-level system administrators were exempt from mandatory overtime pay under federal, Connecticut and California law due to their “associate professional” and “professional” job labels. The panel decided instead that the workers should have been classified as nonexempt, and thus should have been paid overtime.

In America, an employer can tell you to work more than 40 hours a week – however, under the Fair Labor Standards Act, you must be paid at least time and a half, depending on your job description. CSC insisted its low-level sysadmins were exempt from this requirement; the jury was having none of it.

Knowing whether or not you are exempt from mandatory overtime pay is not an exact science – exempt jobs range from seamen and seasonal laborers to salaried executives and professionals. In this case, the jury decided CSC's techies were entitled to overtime.

“These system administrators’ hard work for CSC and its clients is a significant driver of CSC’s profits and success, and they deserve to be fairly compensated,” said co-lead plaintiffs’ counsel Todd Jackson of Feinberg, Jackson, Worthman & Wasow LLP.

Co-lead plaintiffs’ counsel Jahan Sagafi of Outten & Golden LLP added: “We’re thankful that the jury took such care in listening to and weighing a massive amount of evidence, appropriately finding that the employees deserve overtime pay.”

According the IT workers' lawyers, CSC demanded its techies toil away long hours all week for no extra pay:

The system administrators have all worked over forty hours per week at least once without receiving overtime compensation as required by federal and state law. In addition, they are often assigned to be “on call” to handle troubleshooting tickets and other nonexempt tasks to assist clients 24/7/365.

A nine-person jury unanimously found that (1) the system administrators were misclassified, should have been classified as nonexempt, and therefore should have been paid overtime pay for the hours they worked, and (2) CSC’s violation of the law was willful, justifying liquidated damages (doubling the overtime pay owed).

Back in 2005, CSC agreed to cough up $24m to settle a lawsuit brought by technical support workers, we're told. Exactly how much CSC will have to fork out in terms of legal bills, damages and compensation as a result of this latest class-action lawsuit, which represents CSC workers in Connecticut and California since 2010, has yet to be signed off by the district court. This is not due to happen until next year.

Suffice to say, we're talking millions of dollars: at least $5m, according to court filings.

DXC declined to comment beyond confirming it plans to appeal the decision. ®