Member of vDos booter 'taken advantage of' by vDos crew 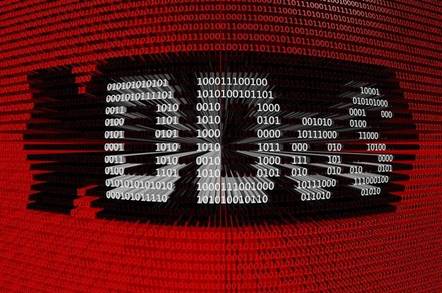 Brit teen Jack Chappell has avoided being sent to prison after pleading guilty to helping launch DDoS attacks against NatWest, Amazon and Netflix, among others.

Chappell, 19, from Heaton Moor, Stockport, launched 2,000 DDoS attacks and aided several others as part of the vDos "booter" service. The site posed as a server stress-testing service but in fact sold its computing power to customers who wanted to launch DDoS attacks.

He was allegedly helped by the two Israelis who were arrested for running vDos, Itay Huri and Yarden Bidani, also 19. Both teens were collared in September 2016 after an FBI-assisted investigation.

His victims included web titans such as Netflix, Vodafone, the BBC and Amazon, as well as smaller sites, such as that belonging to Manchester College, where Chappell studied. He also sold his services freely and offered technical support to his customers.

Chappell was arrested in April 2016 when investigators traced his IP address after the attack on his college.

In July he pleaded guilty at Manchester's Minshull Street Crown Court to impairing the operation of computers under the Computer Misuse Act, encouraging or assisting an offence, and money laundering. Today he was sentenced to 16 months in youth custody, suspended for two years, and ordered to undertake 20 days of "rehabilitation".

This means he will only serve time in a young offenders' institute if he is convicted of another crime or does not comply with the conditions imposed by the court.

According to the Manchester Evening News, Judge Maurice Greene said in his sentencing remarks: "It is a tragedy to see someone of undoubted talent before the courts... You were taken advantage of by those more criminally sophisticated than yourself."

vDos masqueraded as a stress-testing service for servers (archived version of site available here) but was in fact a "booter", a service which sells DDoS attacks, charging between $30 (£22.37) and $200 (£149.15) a month for different levels of service.

Security journalist Brian Krebs believed the site made around $600,000 over two years.

The identities of Huri and Bidani were revealed online after a stolen database was sent to Krebs, which contained the personal details of the two 19-year-olds.

Israeli prosecutors have charged the pair with conspiracy to commit a felony, prohibited activities, tampering with or disrupting a computer, and storing or disseminating false information. The case has not yet reached court. ®