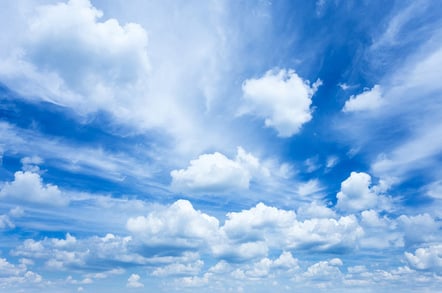 The research team, whose work was published in Nature Communications, sets out a direct link between how particles from space influences cloud growth and climate change.

Henrik Svensmark, lead author of the study and a physics professor at the Technical University of Denmark, said: "Finally we have the last piece of the puzzle explaining how particles from space affect climate on Earth. It gives an understanding of how changes caused by Solar activity or by supernova activity can change climate."

The process requires quite a few steps – from cloud seeds to supernovas. Let's take it gently:

First, cloud condensation nuclei in Earth's atmosphere: These are small particles that water vapor condenses onto as liquid. Big clumps of these nuclei form aerosols.

Cosmic rays – emitted from the Sun and stuff far out in space – smash into the particles in Earth’s atmosphere, knocking off electrons and producing charged particles: ions. These ions add more material to cloud seed particles, forming bigger aerosols, which form larger clouds, which affects our planet's temperature.

Repeated experiments in cloud chambers showed that at low ionization levels, about five per cent of the growth rate of aerosols is down to ions. Here is where supernovas come in. The nearby explosion of a dead star flings cosmic rays at Earth, creating loads of ions in the atmosphere. These ultimately help aerosols stick around longer rather than float away. More aerosols equal more clouds, and these eventually change the temperature on Earth.

The team suggested the above process could have practically affected Earth's climate over time. The repeated periods of cooling and heating in global temperatures by 2oC over the past 10,000 years could be down to changes in solar activity and cosmic rays. Larger fluctuations of up to 10oC could have occurred over astronomical timescales as the solar system moved through the Milky Way galaxy, the paper stated: