Storage Wars: Not very long ago, a hop, skip and a jump away... 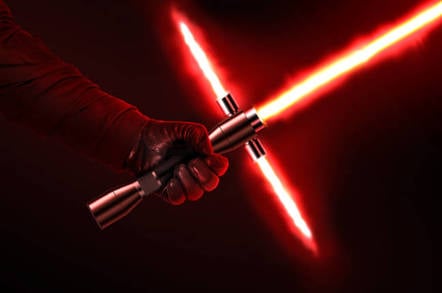 Storage wars are ongoing across the galaxy and of course every supplier claims the force is with them. Here's the latest news overheard from the wretched hive of scum and villainy otherwise known as the storage industry.

Kaminario is using Splunk Enterprise to provide analytics for its K2 arrays and also pushing the K2 flash array as a storage platform for Splunk Enterprise customers. Splunk's software searches, indexes and correlates monitors, and analyses machine-generated big data, via a web-style interface.

Using the data in its repository, Splunk can generate graphs, reports, alerts, dashboards, and visualisations. Kaminario is using its arrays as a source of syslog, audits and login information, and then having Splunk stream and visualise it to K2 admins as dashboards, alerts and reports. 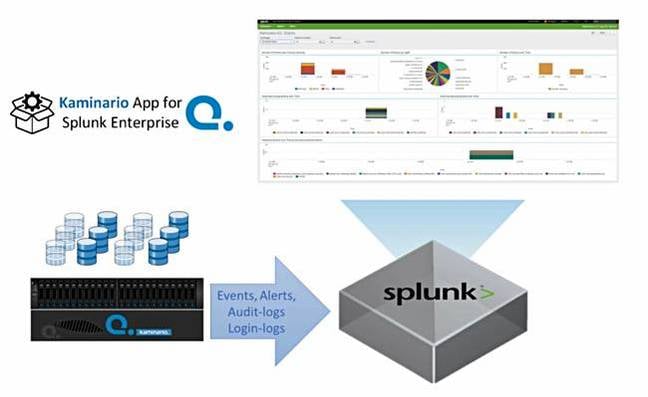 LucidLink has launched its distributed file system, which reads and writes directly out of an S3 object store, specifically targeted as a framework cloud-based protocol for high-latency architectures. You can stream your files directly, it says, from the cloud because LucidLink provides the ability to mount an object store in the cloud and use it as local storage.

The company was started by ex-DataCore software engineers as this blog explains.

LucidLink claims its software is the easiest way to use S3 object storage as primary storage in any machine – in the cloud, on premises, or on the edge – as a service. You can use your own AWS account, pay as SaaS, and access it just by installing an app. Check out a demo and the beta software.

Nasuni cleverly jumped on the buzz for Star Wars: The Last Jedi with a blog post headlined "Darth Vader Needed Nasuni and Cloud Storage" to pitch six things the movie teaches us about file sharing, data protection, and disaster recovery. So Rogue One Panzura then stomped on Nasuni with its own blog take, saying Panzura's tech is better than Nasuni's.

The plugfest took place in the week of October 30 at the University of New Hampshire InterOperability Lab (UNH-IOL).

Mark Jones, president and chairman of the board, FCIA, and director, Technical Marketing and Performance at Broadcom, said: "Major operating system vendors are just releasing support for NVMe over Fabrics and the FC-NVMe INCITS T11 standard is now complete and has been forwarded to INCITS.

"The FC-NVMe technology is on track to becoming as interoperable and reliable as previous generations of FC, while vastly improving performance for the next generation all-flash data centres."

Qumulo CTO and co-founder Peter Godman has made some predictions for 2018:

Brian Pawlowski, the ex-Mr FlashRay from NetApp, is now an advisor to Pure Storage, having relinquished his chief architect role in October. Pure Storage co-founder John Hayes is also an advisor at the company, with that role staring in February.

John Loiacono has left his VP worldwide sales engineering job at Cohesity after less than six months in the role. Ex-NetApper Loiacono joined Cohesity in June 2017 as VP systems engineering. He follows HR head Nicole Rasko out the door; she went in November after Rob Salmon's appointment as COO in October. Salmon also came to Cohesity from NetApp.

Vineet Abraham was announced as Cohesity's new VP of Engineering in September, coming from Riverbed.

Patrick Rogers, Cohesity's VP for marketing and product management, tells us: "Simultaneous with John's departure, Roger Anderson is joining Cohesity as our new VP of WW Sales Engineering. Roger, previously ran the worldwide SE organisation at NetApp over his 20+ year career there."

AOMEI Backupper Network (abNetwork) has been released, and manages remote backup for large numbers of PCs and servers linked across a local LAN. It centrally manages the backup tasks for all the PCs and Servers on the local net. The abNetwork tool is also included in the latest AOMEI Backupper V4.5 Beta – download here.

Assigra's Partner Acceleration Program enables customers to reduce their cost of backup and recovery by 50 per cent of what they are paying currently. It also allows partners to select a preferred software licensing model to fit their business and encourage customer adoption.

Cohesity says more than 20 US government agencies and departments have deployed its secondary storage platform, including The Department of Health and Human Services, the Department of Energy, and the FIPS (Federal Information Processing Standards) 140-2 certification for its software.

It supports complete EU data-residency and GDPR compliance across private and public cloud deployments. FileCloud is introducing the ability to manage multiple policies across users, including GDPR, which means that organizations can choose to show GDPR-specific consent only to users in the EU and not those who reside elsewhere.

Oracle's Cloud Infrastructure can now have a Linux Storage Appliance, shared storage using NVMe drives, attached to a compute instance. It can be deployed on bare metal and VM cloud shaped instances.

WDC's 96-layer 3D NAND chip (BiCS4 technology) is a single-stack design, according to Wells Fargo senior analyst Aaron Rakers, and a pair of 48-layer chips stacked one above the other. ®