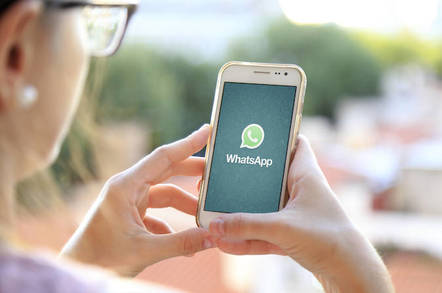 The French information watchdog has told WhatsApp it has a month to comply with data protection laws, or risk being fined.

The policy stated that data farmed by WhatsApp could be sent over to the Zuckerborg for targeted advertising, security and business intelligence purposes.

But it had to put this data harvest on hold in the EU after the group of data protection bodies – known as the Article 29 Working Party (WP29) – questioned its legality on this side of the pond.

This summer the biz added a "notice for EU users", but that did little to placate the group, which said in October that it doesn't it "sufficiently address the issues of non-compliance".

That group, though, doesn't have enforcement powers in its own right, so it is up to the individual agencies to take such action.

The French agency, CNIL, has now done so, issuing the biz with an ultimatum: address its concerns or risk a fine.

In a statement, the CNIL takes issue with the firm's processing of data for business intelligence.

"If the purpose of security can be regarded as essential to the proper functioning of the application, it is different from the purpose of 'business intelligence'," the agency said.

In its opinion, the firm cannot rely on either legitimate interests or consent to process this data.

CNIL argued – as did the WP29 – that consent is not specific to the purpose and is not freely given, because the only way to oppose the use of data is to uninstall the app.

Because of this, and what it perceives as a lack of cooperation from WhatsApp, CNIL said it had decided to issue a formal notice, and make that notice public.

If the firm complies with the law within a month, it will close the procedure against it – if it does not, CNIL could impose a penalty.

Facebook has already got into hot water with European agencies over its takeover of the messaging biz. In May it was fined €110m by the European Commission for saying, incorrectly, that it couldn't automatically and reliably match user profiles on the two platforms.