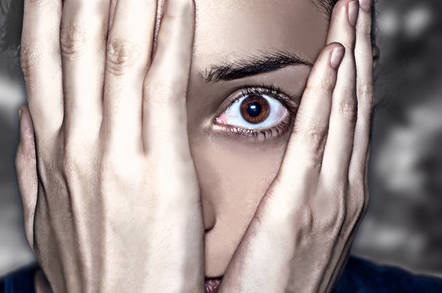 Exclusive Yet another major credit insurer has abandoned geek emporium Maplin Electronics. Euler Hermes – the biggest trade indemnifier in the tech sector – has entirely removed all lines of coverage, El Reg can reveal.

The decision, enacted on Friday, will come as a fresh blow to private equity-owned Maplin, potentially heaping pressure on cashflow as some suppliers refuse to deal on anything other than a cash only basis.

Numerous sources across Blighty's local supply chain confirmed that Euler, which reduced Maplin's credit insurance limits in October as exclusively revealed by The Register, had wielded the axe again.

"We had a cut in October which we could live with. Now it is zero," said one trader, who claimed his firm would no longer supply Maplin. "If they paid upfront we would deal with them, but they won't do that."

Maplin, bought by Rutland Partners for £85m in 2014 (the third consecutive private-equity buyer of the business), previously turned the screws on suppliers, demanding higher rebates to help fund digital and physical stories improvements. It also asked for 120-day payment terms.

Sources close to the credit insurers told us high street retailers with a "high cost base and low margin" business were viewed as high-risk bets that are under constant threat from online rivals including Amazon.

Maplin has 211 stores in the UK from Aberdeen to York (according to its Store Finder tool), employing 2,599 people across the group.

In October, QBE was the first to reduce its exposure to Maplin and Euler and Atradius followed suit. Credit insurers regularly review lines of coverage and keep an eye on their rivals moves, so a fresh cut from Atradius might not be that far off.

A spokesman for Maplin sent us a statement:

While it is disappointing that despite engagement, cover has been withdrawn by Euler Hermes, we have other major insurers who remain supportive and are encouraging suppliers to reach out to them.

The Maplin man pointed out the retailer had pumped £20m into the business in the past two years under its "2020 strategy", and this investment had peaked, meaning less burden on future cash flow.

The mouthpiece said it was "not clear" whether Euler would provide lines of credit to Maplin suppliers on a case-by-case basis, but according to our sources, it is highly unusual for insurers to do this.

"What is clear is that some suppliers, aware of the Euler decision, are offering to provide the stock that suppliers, previously insured by Euler, were providing. So we have an existing supplier offering to cover much of the stock provided previously by Tech Data."

Tech Data is the largest tech distributor in the UK, and Maplin told us that Exertis – the second biggest – had agreed to provide the additional stock.

In its last set of Profit & Loss accounts filed at Companies House for the year ended 19 March 2016, Maplin parent MEL Topco turned over £234.5m in sales, down from £236.2m in the prior year.

The carry-forward loan note position was £63.82m with £17.45m of accrued interest rolled up. Shareholder loan notes are redeemable by the close of June 2019, the accounts indicated.

Financial accounts for fiscal '17 are due to be filed by 22 March but in an unprecedented move, Maplin management last month – following our earlier story – decided to roll out prelim numbers ahead of schedule.

The numbers showed sales of £236m, up 0.63 per cent, and it trotted out earning before income tax, depreciation and amortisation (EBITDA) of £12.3m, down on the £13.2m in the prior year). Maplin did not confirm the net loss.

The removal of credit insurance was the straw that broke Comet's back in 2012, and suppliers are drawing parallels with Maplin too, rightly or wrongly. ®