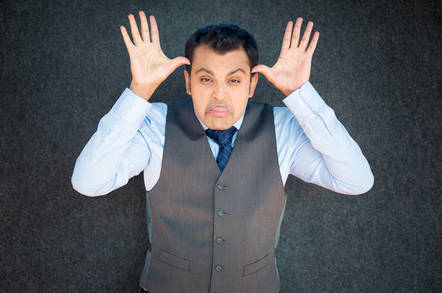 UKIP has appealed to the information tribunal after the Information Commissioner's Office ordered it to hand over details about its use of data analytics during the Brexit campaign.

The data protection watchdog launched an investigation into the use – or misuse – of data analytics in political campaigns, especially the EU referendum, over concerns about "invisible processing".

The ICO said that it was working with more than 30 organisations, including political parties and companies like AggregateIQ, a Canadian biz whose services Vote Leave spent about £3m of its £7m campaign budget on.

Although the probe has yet to complete, the commissioner Elizabeth Denham offered an update in which she revealed disparities in willingness to work with the team.

"A number of organisations have freely cooperated with us," she said.

"But others are making it difficult. In some instances we have been unable to obtain the specific details of work that contributed to the Referendum campaign."

As such, the ICO has been "forced... to invoke our statutory powers to make formal demands for information" and has issued four organisations with information notices requiring them to hand over the details.

No prizes for guessing that one of the less-than-helpful bodies is UKIP, whose name has been revealed because it has appealed against the notice to the Information Rights Tribunal.

Not being the type of party to shy away from being accused of petulance, a UKIP spokesperson said that it was "perfectly happy" to work with the ICO, but "not under threat". It added that the ICO had been "less than clear as to what it is that they wish us to provide".

But if that is the case, El Reg wonders why UKIP didn't just cooperate fully in the first place. ®