So what happened with the patent judge and the Euro Patent Office?

You won't believe this but it's a mess 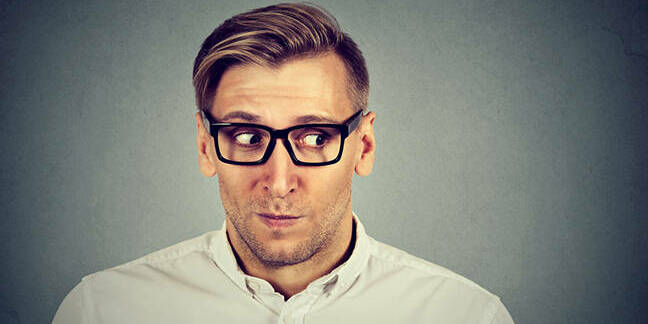 Despite having been repeatedly criticized for abusing his position amid the suspension of a patent judge, the president of the European Patent Office (EPO) is seemingly still using the organization's secretive nature to influence the affair.

Corcoran won his fight, and the ILO ordered the EPO to immediately reinstate him, two years after he was suspended – something it failed to do when Corcoran turned up at EPO headquarters the next day for work. Rather than formally refuse to respect the ILO's ruling, however, EPO management said the issue was now in front of its Administrative Council, which is meeting this week in Munich.

However, following pressure from both the Irish and German governments, the next day, the EPO returned Corcoran's identity badge to him and allowed him to enter his old workplace. Since then, EPO staff have been keenly waiting to see how the EPO will respond to pointed criticism of both Battistelli and the Administrative Council for allowing the president to run amuck.

One answer of sorts has come with the leak of the Administrative Council's agenda for its meeting this Wednesday and Thursday. Discussion of Corcoran's tribunals have been given a confidential status, meaning that only government and EPO management representatives can be present, with no staff or observers allowed.

In addition, a last-minute revised version of the agenda demonstrates that three documents produced for discussion and decision on the Corcoran case have been changed or replaced just hours before the meeting was due to start.

Initially, the issue was due to be discussed with references to three documents numbered 16, 17 and 19. On Tuesday, those documents had vanished and were replaced in a revised agenda with documents 21, 22 and 24. We do not know what is contained in either set of documents, nor have they been provided to Corcoran: their subject.

EPO insiders say that such a last-minute change is almost certainly the result of revisions from EPO management, and that if that's the case, the changes would have been approved personally by Battistelli.

Or, in other words, having been publicly criticized for personally involving himself in a dispute in which he had a clear conflict of interests, the EPO president's response was to personally direct the proposal put in front of the Administrative Council for approval, despite the EPO officially claiming to have left the issue entirely up to the council.

Such behind-the-scenes manipulation of the EPO's processes and procedures is commonplace at the organization, staff complains, and stems from a culture of secrecy and lack of accountability that goes unchallenged (and is sometimes fed) by the representatives of European government on the Administrative Council.

Indeed, it was the council's willingness to accept EPO management's proposals without question that led to it being criticized by the ILO for failing to consider the obvious conflict of interest in Battistelli involving himself in the Corcoran case.

EPO staff reacted by protesting – for a fifth time – outside the EPO's headquarters where the council is meeting. "Battistelli is still showing a total and utter lack of respect, not only for his staff and their rights, but also for the Administrative Council and for the tribunal," a representative of the EPO's union stated in an official flyer [PDF].

Corcoran was suspended two years ago for allegedly writing two anonymous messages that were critical of Battistelli.

Battistelli ordered Corcoran's immediate suspension and removal from EPO offices and has aggressively pursued the case ever since, despite significant questions over the case itself, how it was carried out, and his own personal behavior.

Corcoran's case is not the only one. Battistelli and his management team have targeted a number of EPO staff, particularly union leaders, to the extent that they have repeatedly broken German and Dutch law (and then claimed immunity), distorted the organizational appeals process (and had two years' of appeals thrown out), and even undermined the EPO's Boards of Appeal to the extent that it forms a key part of an argument in front of the German constitutional court for stopping the introduction of a European Unitary Patent Court.

But the worst aspect of Corcoran's case was when EPO staff leaked to journalists investigating the case that officials had found "weapons" and "Nazi memorabilia" in his office.