In plain English, offshoring and automating jobs, of course 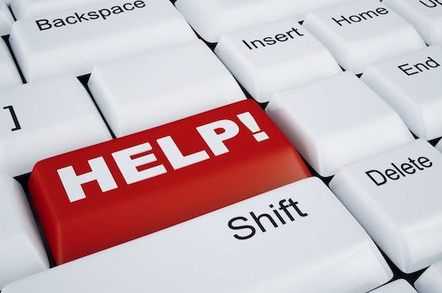 Outsourcing giant Capita is broadening its "restructuring" programme (AKA offshoring and automating more jobs), while reporting that 2017 has been a "subdued" year for the biz in a trading update today.

This time last year, Capita told staff before Christmas it planned to axe 2,250 roles, including sending more jobs to India and using robots to automate certain parts of the operation. That was in response its first ever profit warning.

"We have continued to progress the short and long-term cost initiatives announced in the 2016 restructuring programme, including reductions in overheads and rationalising our property estate. The cumulative benefit of these actions is still expected to be £57m by the end of 2018," the UK-based biz said today.

"We are in the process of broadening the programme to transform the Group, including the identification of further opportunities to improve cost competitiveness."

So far Capita has splashed £18m on restructuring charges, it said.

Cost cutting has improved the performance of its IT Services, although it expects the profits of this division to be slightly lower in the second half compared to the first half of the year as a result of of a £9m one-off supplier settlement.

Meanwhile, the end of two major software licences in the second half of 2016 is expected to result in a decline of profits in the Digital & Software Solutions division.

Pre-tax profits are expected to rise "modestly" in the second half of this year, said the company. For the first half of 2017, pre-tax profits fell 26 per cent, from £37m the previous year.

The market for major business process management contracts has remained "subdued throughout 2017" particularly in the public sector.

But it's not all bad. Since the half year, it won a seven-year contract with the Cabinet Office to administer the Royal Mail Statutory Pension Scheme (RMSPS) for its 400,000 deferred members and pension members.

The firm recently came under fire by UNISON in the London borough of Barnet for its handling of its pension service, under the controversial £322m 10-year outsourcing deal with the council.

"For the full year, we expect good underlying profits growth in the Private Sector Partnerships division... However, we anticipate a higher level of contract and volume attrition which, subject to mitigating actions on sales conversion and costs, could impact upon the performance of the division in 2018," it said.

Guess who's still in charge of your gas safety, Brits? Capita