No one saw it coming: Rubin's Essential phone considered anything but 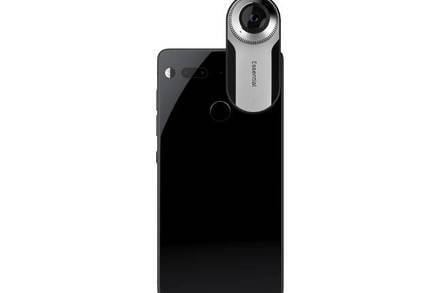 Andy Rubin's ambitions to create a new consumer electronics ecosystem are floundering at base camp. Sales of Essential's phone, which forms a key part of the strategy, are tepid.

Google Play reports a mere 50,000 download of Essential's Camera app so far, the Android Police blog notes. This doesn't paint the full picture, but it can be assumed a fairly complete one, barring a few brush strokes*.

Essential launched in the US with support from Sprint, at a recommended SIM-free retail price of $699. After reported sales of just five thousand in the first month, this was slashed to $499 and could be grabbed for $399 in the post-Thanksgiving sales.

As devices from different manufacturers proliferate in the home, Rubin has alluded to "a new operating system so it can speak all those protocols and it can do it securely and privately". But rather than launching a new software platform he's had to launch hardware.

This is a reality of life these days, unfortunately. To get your software adopted widely, and for your services to reach critical scale, you need to make hardware. It's why Amazon makes Alexas and Fire devices, and why Google pours so much effort into digital tat nobody wants. But neither a Samsung nor an Apple has been able to reach ubiquity.

The smartphone market is now thoroughly commoditised and even the lure of a mysterious masterplan doesn't make Essential essential. ®

* "Many people get this phone for the unlocked bootloader and then remove all of the above," writes one Reddit owner. But as we can see from the stats, hardly anybody does that. Just 0.085 per cent of Android owners in the USA unlock their phones.