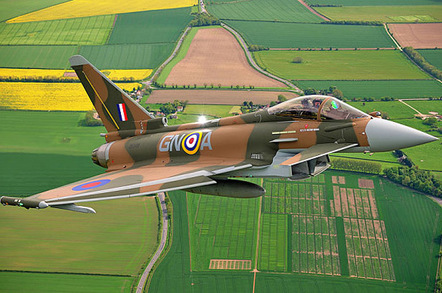 If you want to do anything other than fly or maintain aircraft in the RAF, your application is on hold. Pic: Crown copyright

Capita’s disastrous Recruiting Partnership Project with the UK Ministry of Defence is so bug ridden that the Royal Air Force stopped taking on new recruits except for those in “priority roles”.

As revealed by The Register last week, Capita’s crappy DRS system, as foisted on the Armed Forces for managing recruitment, has failed to the point that recruits are almost unable to sign up online.

Now, more details of the Recruiting Partnership Project with the Ministry of Defence have come to light thanks to a briefing paper seen by The Register.

The RAF had “experienced a large number of technical issues” and restricted new applications only to applicants throwing their hats into the ring for a “priority role”. These included engineers and aircrew, who have a tendency to quit for better-paid and less risky jobs with airlines once trained.

A separate MoD manpower report stated that applications to join the RAF Reserves declined by 27 per cent between September 2016 and September 2017. Applications to the regular RAF suffered a shrink of 1.5 per cent over the same period, suggesting that the Capita woes were not deterring wannabe regular airmen.

“The Royal Navy has experienced a large number of technical issues following the transition to DRS. To maintain support to the recruiting pipeline manual workarounds have been required,” said the MoD’s Capita RPP paper seen by El Reg. “It is not possible at this stage to exactly quantify any adverse effects on recruiting.”

Most concerningly, the rollout of Capita’s DRS system resulted in naval recruiters “implement[ing] business continuity plans to ensure that existing candidates continue to be processed.” As we reported previously, these plans included recruiters manually emailing 500 online signups at a time to give them further information.

Meanwhile, Army recruiters found that “a small number of candidates have had their application details changed, i.e. from Regular to Reserve.” Some potential Army recruits are being funnelled towards their local TA unit instead of the fulltime Army job they hoped for.

“There are several system interfaces, with data not always populating between the systems. Recovery plans are in place and incremental remediation is in progress,” the paper also stated.

Around 200 full-time reservists are being laid off in January to make way for outsourced civilians employed by Capita, The Sun reported in October. One told the paper: “When a potential applicant asks what it’s like in the Army, the civilian recruiters won’t have a clue.”

Sources who spoke to us previously described how, before DRS went live in mid-November, “there [was] every indication that the system was not ready.”

The MoD told El Reg that “a short term drop in numbers was expected as the new system is bedding in” and that the Armed Forces “continue to manage and support an active pipeline of candidates.” ®