IBM to expunge over 500 people in latest redundo round 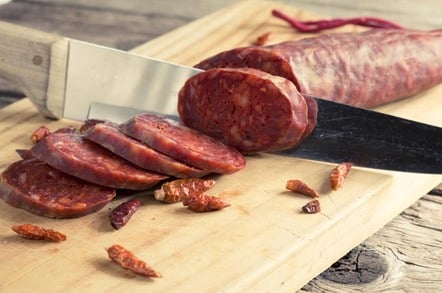 Updated Almost 1,900 front line services personnel at IBM UK are at risk of redundancy and more than 500 of those will leave the company as part of the latest cost purge, multiple insiders have told The Register.

This includes 1,118 heads at risk in IS Delivery (ISD), where IBM wants to ease one in three of them – 362 positions – out of the door; and some 780 people in Technical Services Support (TSS) who are deemed "in scope", with 152 of the latter to be laid off.

As revealed a fortnight ago, IBM told staffers in both business units to form Employee Consultation Committees (ECC) and last week confirmed to both TSS and ISD that Big Blue was seeking applicants for voluntary redundancy.

The 45-day consultation process started on 6 December, and notes from the ISD Employee Consultation Committee were sent to staff on 8 December. In the ECC document, IBM confirmed:

"As we move into 2018, Global Technology Services IS Delivery continues to be challenged by our margin improvement target, with our current trajectory not showing the growth we need, as well as client terminations and the erosion of existing contracts continuing to challenge us."

ISD has already gone through "infrastructure and facilities spend reduction, vendor repatriation" and the driving of our automation initiatives. The sales team has also tried to convert customers to "higher value services" in the "cloud and security" sectors.

The unit was also the subject of job-cutting, or what the ECC described as "positive labour actions", earlier in the year, as we exclusively revealed at the time. These included the "reduction of our legacy contract labour workforce and the opportunity for employees to move into key roles in project management and architecture".

"GTS IS Delivery continues to drive an agenda to transform its operational model to maintain our competitive advantage, and we will continue to balance our domestic and Client Innovation Centre capability," the document added.

To reach the margin goal by cutting costs, the business unit will "drive a series of accelerated parallel initiatives across our labour and non-labour cost base". This includes sub-contractors displacement, vendor spend optimisation and "domestic resource savings to get to the required cost base".

"As a result, we are proposing to reduce the number of employees of UK IS Deliverys and client excellence by 362 employees," the ECC notes for ISD confirmed.

IBM reiterated that if its can’t achieve the requisite numbers by voluntary means then it will have to move to compulsory redundancies. The "in-scope population" includes permanent staffers, part-timers and flexible workers, as well as any of leave of absence or seconded in a role outside of ISD.

Redundancy payments - for both voluntary and compulsory moves - are to be calculated according to to statutory minimum guidelines. The length of service is capped at 20 years; weekly pay in capped at £489; and maximum stat redundancy payout is £14,670. Staff will be expected to work three months' notice.

The Reg has yet to see the ECC notes for TSS, but several sources revealed the numbers of people “in scope” and the final number expected to leave.

Both of the moves will have a "huge customer impact", one senior source told us. Our source said he feared IBM would not have the local manpower to support existing contracts.

IBM had planned to base eight in 10 roles for Global Technology Services personnel in lower wage regions, including India and Eastern Europe, by the end of this year. And judging by the size of the latest corrective surgery, it is trying to reach that target by hook or by crook.

An IBM spokeswoman has sent us this statement:

"As IBM transforms into the premier cognitive computing and cloud platform company, we continue to remix our skills and invest in these priority areas. IBM does this in each market in which we operate, adapting to meet local client needs. Our clients expect no less. IBM currently has about 25,000 job openings around the world for new skills in growth areas such as cloud, analytics, security, and social and mobile technologies." ®