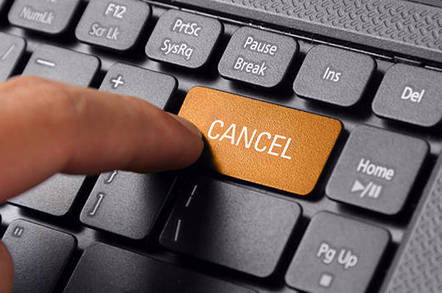 Internet and technology luminaries, including Web creator Tim Berners-Lee, Apple co-founder Steve Wozniak and "Father of the internet" Vint Cerf, have called on the FCC to cancel its planned net neutrality vote this week, arguing that it is based on a "flawed and factually inaccurate understanding of Internet technology."

"We are the pioneers and technologists who created and now operate the Internet, and some of the innovators and business people who, like many others, depend on it for our livelihood," the open letter, sent to key Congressmen and women, begins.

"We are writing to respectfully urge you to call on FCC chairman Ajit Pai to cancel the December 14 vote on the FCC’s proposed Restoring Internet Freedom Order."

The "flawed and factually inaccurate" plan has been drawn up despite its flaws being highlighted in some detail back in July, the letter notes. "These flaws and inaccuracies were documented in detail in a 43-page-long joint comment [PDF] signed by over 200 of the most prominent Internet pioneers and engineers," the letter states, adding that not only did the FCC fail to "correct its misunderstandings" but also "premised the proposed Order on the very technical flaws" that were pointed out.

It is notable that the letter is addressed to Congress, rather than the FCC, following several weeks in which FCC chair Ajit Pai and his fellow Republican commissioners have responded to widespread criticism and critiques of their plan with mockery and disparagement rather than considered responses.

A planned online protest this week has also given up on talking to the FCC and has set its sights on lawmakers in the hope that they will put pressure on Pai to abandon his plan.

For your own protection

It would "remove long-standing FCC oversight over Internet access providers without an adequate replacement to protect consumers, free markets and online innovation."

The letter also adds to calls for the vote to be delayed until several other issues are dealt with, including: the deeply flawed FCC public comment process; the failure to hold an open meeting to hear from individuals and experts about the proposal; and the refusal to respond to FoIA requests for information as well as an investigation by New York's Attorney General.

"The FCC's rushed and technically incorrect proposed Order to abolish net neutrality protections without any replacement is an imminent threat to the Internet we worked so hard to create. It should be stopped," the letter concludes.

As well as Berners-Lee, Wozniak and Cerf, the letter has also been signed by a number of less well-known but equally important internet pioneers such as Postel Service Award winners Scott Bradner and Stephen Wolff, and cryptography experts Martin Hellman and Whitfield Diffie.

In total, 21 individuals that together represent a comprehensive cross-section of internet experts have signed onto the letter.

In addition to this open letter, a second signed by musicians, actors and artists also calls on those in Congress to pressure the FCC not to move forward with the vote, planned for this Thursday, December 14.

REM's Michael Stipe, Rage Against the Machine's Tom Morello, Graham Nash of Crosby, Stills and Nash fame, and concert violinist Joshua Bell are among the 150 signatories that make the less technical but more immediate argument that "without net neutrality there will be less awesome art. Period."

Meanwhile, Ajit Pai is continuing his unusual gaslighting campaign, complaining about the lack of civil discourse and the damaging impact of misinformation sent through social media, all while refusing to engage with experts, and using his social media accounts (and speeches) to issue uncivil insults and misinformation.

Increasingly, observers are convinced that Pai and his fellow commissioners simply don't understand how the internet actually works, and have formed a view of the internet built almost entirely on the cable industry's perspective. Their failure to listen to voices outside the Big Cable bubble is, however, entirely on them. ®