Tight lips at both firms but whispers suggest a brewing bromance 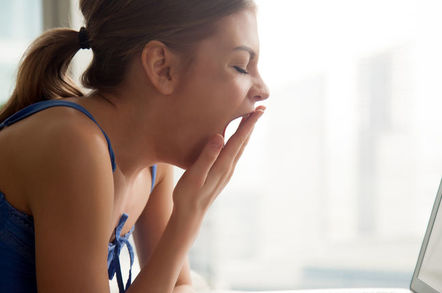 +Comment Suppressed hints and whispers suggest that Toshiba and WDC are finally about to agree a deal ending their dispute over Toshiba's right to sell its flash fab joint-venture stake and the way it's being done.

WDC will stop its legal action in the International Court of Arbitration and be able to invest in new flash production facilities at Kitakamiin northern Japan with Toshiba and extend existing deals for the Yokkaichi plant, which start running out between 2021 and 2029.

Neither company has issued a statement, but Reuters cites a Tosh spokesperson saying: "It is not a fact that we have reached an agreement with Western Digital." WDC was tight-lipped.

Other reports say the two met on December 6 and a deal could be announced on December 12.

If a deal has been reached then issues such as the Bain-led buying consortium selling out to WDC competitor Samsung at some stage, and the influence of WDC competitor SK Hynix being curtailed will have been sorted out.

Senior Wells Fargo analyst Aaron Rakers wonders what Western Digital was able to incrementally achieve as part of an agreement and whether Toshiba actually completes a sale of Toshiba Memory Corp after its recent capital raise.

If a deal has been reached – big if – then what has WDC gained? At the start it wanted to block Toshiba's deal to sell its JV interest and will have accepted it.

In the natural run of events it would surely have participated in new funding for the existing Yokkaichi plant and any new plant elsewhere in Japan. Instead, both participations became bargaining chips Toshiba and Bain used to bring WDC to heel.

The silly company huffed and puffed in the face of Toshiba's escape route from its dire financial troubles, unleashed its lawyers, and now looks to have caved in.

The JV plants are WDC's sole source of flash chips and the jewel in the crown of its vertically integrated flash drive operation. Jerk that chain and WDC has no choice but to eat jerk chicken, Tosh-style. ®