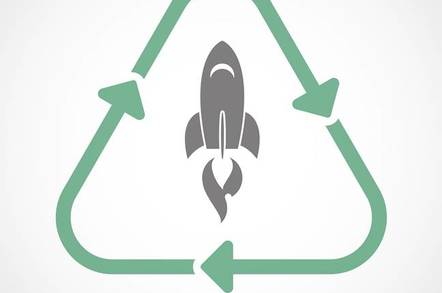 In a first for the company, SpaceX is planning to launch a supply mission to the International Space Station using both a pre-flown first stage rocket and a Dragon capsule that has already been in orbit.

The mission, which will carry 4,800 lbs of food, water, and science experiments to the astronauts in low-Earth orbit, was due to take off from Launch Complex 40 at Cape Canaveral in Florida on Friday. But NASA said the launch had been kicked back to Tuesday due to "account pad readiness, requirements for science payloads, space station crew availability, and orbital mechanics."

There will be some nervous Musketeers watching the launch – the company has launched three pre-flown rockets without a hitch this year but those were commercial satellite launches, not a supply mission for SpaceX's biggest customer. For the superstitious there's an extra worry, this is SpaceX's 13th mission to the ISS.

The Dragon capsule to be used on Tuesday has had a full refit and checkout from the last time it went into orbit back in April 2015. After it was retrieved from the Pacific, the capsule was shipped to SpaceX headquarters for full testing.

By combining the reuse of both the first stage booster and the capsule, SpaceX is looking to make serious savings and a healthy chunk of profit. President Gwynne Shotwell has said that reusing the boosters will give a 30 per cent cost saving on missions, and the capsule reuse will add to that.

Reuse is also somewhat of a theme of the Dragon's cargo this time around as the capsule contains two experiments researching equipment that astronauts can use to make themselves more self-sufficient in space, and another designed to avoid dying from explosive decompression.

The Advanced Colloids Experiment-Temperature-7 will study how to build 3D structures that could be used in advanced optics or electronic devices. These are assembled by nudging particles suspended in fluid to get them to form new structures.

Meanwhile, the Optical Fiber Production in Microgravity experiment is an attempt to make fiber optic cables in space by drawing them out of a chunk of ZBLAN, a heavy metal fluoride glass used to make fiber optic glass. It's thought that doing this in microgravity will lead to better quality fiber optics, as well as allowing future missions to repair their own networks in space.

Also aboard the Dragon is the Space Debris Sensor, a meter-squared sensor designed to be hooked onto the outside of the ISS and to catch debris as it passes by. Orbital debris, such as this paint fleck that cracked one of the ISS' windows is an increasing menace and NASA wants more data on how prevalent it is.

The launch window for the flight begins at 1146 ET (1646 UTC) on Tuesday and SpaceX is planning on landing its first stage booster again. If successfully delivered, the Dragon capsule will spend a month attached to the ISS before splashing down in the Pacific. ®