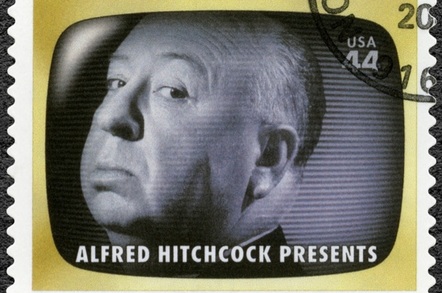 Oracle's long-running legal battle to get what it believes is it's fair share from Google's Android reopened this week – the second time an Appeals Court on Federal Circuit has examined the issue. The first hour overran with a bumpy ride for Google.

In under an hour we got an idea of the battle lines, and the judge's scepticism about both sides.

While Google quietly writes Android's replacement in full public view – yes, you can examine progress every night – this case hinges around whether Google should be permitted to copy Java without a licence. The copying is not in question: some 11,000 lines of Sun's Java code ended up in Android. The absence of a licence is not in question either. And emails show Android developers admitting that it's so close to Java they needed a licence.

Cut and dried? Not quite. US law has an affirmative defence known as "fair use", but a defendant needs to clear several hurdles to deploy this successfully. It's not a Berne Convention-style formal exception.

Oracle fired the first salvo arguing the jury didn't have the full background it needed when it concluded Google could claim a defence of fair use. Judge Alsup had excluded evidence of Google using Android in new markets.

"There is no case of holding fair use where an infringer copied so much, put it in a competing commercial product, admitted that the whole point of the use was to appeal to the fanbase, and in particular what was familiar to the fanbase – and then succeeded in barring the original author from a lucrative new market," said Josh Rosencranz for Orrick, representing Oracle.

"You cannot take the most recognisable part of a short story, adapt it into a film and then defend that by saying: 'You were in books, we were in films'; or 'You could not have made a good movie anyway so where's your production facility'."

One of the hurdles a defendant must clear for a successful fair use argument is that copying creates an original new work, and is therefore "transformative".

King & Spalding partner Daryl Joseffer argued that "one half of 1 per cent" was copied but eventually "an incredible new creation" resulted – which he argued cleared that "transformative" hurdle.

Both lawyers were regularly interrupted. Google's Josseffer got into sticky ground over the negotiations, which established that Oracle had an interest in making money from Java in mobile phones.

The panel asked: "Didn't four years of negotiations show they were interested in that market? Perhaps not to do it themselves, but the guy with the story in Brooklyn is not going to make the movie either. He can licence someone else to do that."

"Yes, but Java generally was not situated to be moved into the mobile environment. Sun's internal documents said it had no solution for smartphones," argued Joseffer.

The panel interrupted. "Clearly portions were suitable for moving into an mobile environment, or you wouldn't have taken it!"

"One tenth of 1 per cent was copied..." Joseffer snapped back.

Alfred Hitcock's movie Rear Window made several appearances. Rear Window was litigated, but that wasn't the context the panel of three judges were interested in.

"Adding more material doesn't make it transformative," Rosenkranz had asserted. Hitchcock's Rear Window was based on a short story. 80 per cent of the movie was new material. But the author's copyright could still be asserted. Use of Dr Seuss characters to tell the OJ story wasn't fair use either, a court found 20 years ago.

The panel even began to complete the Google lawyer's sentences.

It's early days, but the panel ominously noted that impact on the copyright holder's ability to make derivative works was significant. One of Big Red's arguments is that Android destroyed the market opportunity for Sun to license a decent mobile Java.

"The film producer doesn't get to plagiarise because they said they made a better sequel," pointed out Rosencranz.

Google's fair use case has been laid out here by the CCIA. And alongside that, you may consider the view of copyright scholars on the four big fair use hurdles Google has to negotiate. Transformative is just the first. The long opinion, filed as an amicus brief, is here (PDF). ®