Mother of all bunfights beckons 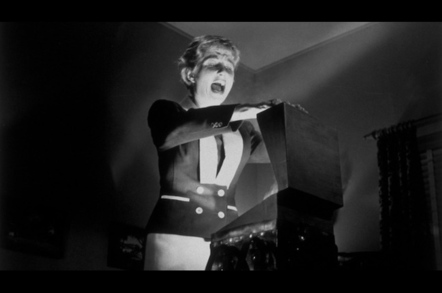 Exclusive European policy makers are considering the unthinkable and reopening the EU's e-commerce directive, according to multiple sources. UK industries have been invited to contribute their thoughts, on the basis that the directive will be amended in the lifetime of this Parliament.

The delicate balance enshrined in Directive 2000/31/EC, which member states subsequently passed into national law, has been considered an untouchable piece of the legal framework since it was agreed in June 2000.

The EU's framework governing an "information society service" is unusual in its breadth: it encompasses not just ISPs but services such as search engines too. Articles 12 to 14 limit the liability of service providers when they act as mere conduits or caches of information. But this has come under scrutiny because of what is now considered as the market-distorting power of the giant platforms.

But the tide of sentiment has turned strongly against the dominant Silicon Valley platforms this year.

In a speech this week the President of the European Parliament, Antonio Tajani, compared "those who once touted themselves as champions of freedom and innovation" to "feudal lords" who were "suffocating SMIs and creativity". He highlighted the low numbers of job technology companies created and tax avoidance.

Tajani contrasted the economic value and jobs are created by the creative and content sectors compared with the technology giants. Cultural and creative industries employ 12 million people, 7.5 per cent of the EU workforce, and generate a turnover of €509bn. IP-dependent commerce was a quarter of those jobs and a third of the turnover. Tajani juxtaposed that with the low returns from digital content. "The web giants create very few jobs in Europe, and pay derisory amounts of tax, avoiding most of what would be an annual bill of roughly €20bn," he asserted.

But Ted Shapiro, head of Partner and Head of Wiggin's Brussels Office, told us he was sceptical that the EU would want to open the Pandora's Box.

"The E-Commerce Directive is a horizontal legislative instrument which was adopted in 2000 when the internet was a very different animal. The Directive's approach to the divisive issue of ISP liability has repercussions across a vast spectrum of harmful and illegal content which is increasingly impinging on matters of national security, online debate and even the democratic process," he explained. "Meanwhile, platforms are focused on maximising traffic and amassing mountains of data as they squeeze billions out of the digital advertising ecosystem. In doing so, their business models have become entrenched and fantastically lucrative."

However, Shapiro warned rights holders that the consequences of opening the box could be unpredictable.

"If the E-Commerce Directive is reopened, we can expect the mother of all food fights. It is not clear at all the European Union has the political will to ensure a balanced outcome."

He highlighted how the Enforcement Directive review part of the IP Package "appears to have been watered down significantly at the last moment, while the Estonian Presidency's latest compromise proposal for the value gap appears to include a new safe harbour for UGC platforms".

Both are seen as wins for Google, the organisation with the most lobbyists in Brussels. ®