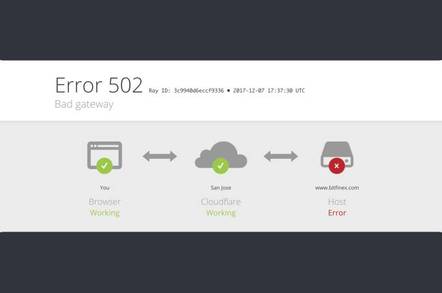 The price of Bitcoin (BTC) continued to soar on Thursday, creating chaos among those trying to buy and sell the cryptocurrency currency due to service trouble at several exchanges.

On the Global Digital Asset Exchange (GDAX), an cryptocurrency exchange, the price was at one point over $19,000, a disparity with other exchanges that invited arbitrage – profiting from price differences – but that proved difficult due to widespread service disruptions.

Coinbase, GDAX, Bitfinex, and Kraken all suffered service trouble on Thursday as buyers and sellers of Bitcoin tried to participate in the market.

GDAX's status page showed ID verification problems in the early morning, followed by performance degradations for about an hour.

Bitfinex said it was "investigating a new push in the ongoing distributed denial-of-service attack against Bitfinex."

"There has been a significant denial of service attack over the last few days, but the platform has been trading continuously," a company spokesperson said in an email to The Register.

That's nothing compared to NiceHash's apparent loss of $62mn to hackers, who no doubt also noticed Bitcoin's rising value.

On Twitter, traders moaned they can't do arbitrage when it takes several hours to send Bitcoin between exchanges. Other complained about being unable to withdraw BTC.

Of course, not everyone was shut out. Someone appears to have sold 14,400 Bitcoin, worth more than $220 million at $15,400 per BTC, the approximate price at the time of the transaction.

Bitcoin's popularity with miners, traders, and sellers of cryptocurrency picks and shovels hasn't made it more appealing game service Steam.

On Wednesday, Steam said it would no longer accept Bitcoin as payment from subscribers because it has become too volatile to deal with and because the transaction fees surpassed $20, 100x what they were when the company began accepting Bitcoin.

But elsewhere there's still enthusiasm. A week ago, the Hong Kong office of global accounting firm PwC said it has begun accepting Bitcoin as payment for its advisory services. And a variety of other firms, including Microsoft, Overstock, Wikipedia, and others continue to welcome BTC.

And as long as Bitcoin keeps rising, there will be those willing to overlook the challenges of dealing with the digital currency. ®