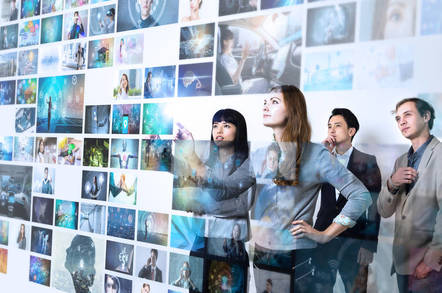 Researchers at Netflix are experimenting with creating software-edited trailers personalized for individual subscribers to get more peeps to watch its films, according to a well-placed source familiar with the matter.

The popular streaming service has over 100 million subscribers across hundreds of countries. It collects troves of data about its users and their behaviors, and uses a range of machine-learning algorithms to tweak and improve the way it streams and presents its content.

The large datasets allow researchers to find effective ways to maximize the time your eyeballs are glued to its TV network. And one way to get more users to watch its original content could be to tailor trailers to their individual tastes.

For example, an action movie may be more appealing if the romantic scenes are highlighted for people who watch more romance films or if the scenes containing a preferred actor or actress are included.

It’s not the first time that this idea has been floating around. Last year, researchers at IBM developed what they called the first “cognitive movie trailer”. It used techniques from machine learning to generate a horror movie trailer for the film Morgan, that was designed to “keep audiences on the edge of their seats.”

Trailers are made up of a series of carefully selected clips to give viewers some sense of what the film is about to attract an audience, but not enough information to give the plot away.

It’s not completely known how the technology works, but it's likely that researchers at Netflix are probably following a similar method to IBM and analying bits of the film to label data into relevant categories such as people, scenery, objects, type of music, or different types of shots.

They could correlate this data to a user’s personal likes and dislikes to automatically generate a tailored trailer from a series of selected clips.

It’s a complex task with lots of variables from different datasets to consider, and it can be tricky to measure the success of such an algorithm. But if it does work, it’s another demonstration of AI being able to manipulate our decisions and affect our behavior.

A spokesperson for Netflix was not available for comment. ®