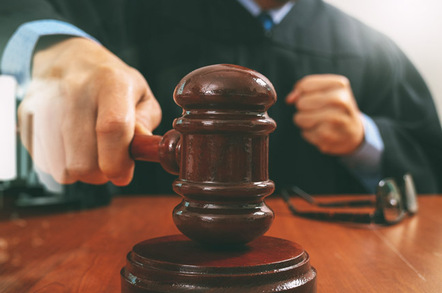 The European Patent Office (EPO) has been commanded to immediately reinstate a judge it suspended two years ago and pay him tens of thousands of euros in compensation and damages.

In an extraordinary judgment delivered in public by the president of the International Labor Organization (ILO) in Geneva, the patent organization, its management and its administrative council were all excoriated for their treatment of Patrick Corcoran.

But the sharpest criticism was reserved for EPO president Benoit Battistelli, who for years has been accused of targeting his own staff in an effort to force through unpopular reforms and threatening them with disciplinary action if they resist.

Battistelli was repeatedly chastised by the ILO for his treatment of his own staff, for involving himself in disciplinary proceedings and for forcing the suspension of Corcoran through the EPO's administrative council despite a clear conflict of interests.

Corcoran's case is far from the only one – Battistelli has fired no less than four EPO union officials, among others – but it stands out as particularly egregious given the judge's standing as a member of the EPO's independent Boards of Appeal.

Among the many actions taken against Corcoran, including his immediate suspension, a halving of his salary while under investigation, and the seizure of his personal property, the most appalling came when journalists digging into the case were told by EPO staff that they had discovered "Nazi memorabilia" in Corcoran's office, in an effort to undermine him.

To date, it remain unclear what EPO staff were referring to, and Corcoran has been blocked from responding to any allegations leveled against him by the EPO under the terms of the disciplinary process that Battistelli himself imposed.

At the heart of the furious and disproportionate action taken against Corcoran were two anonymous postings: one, an electronic message posted internally that implied Battistelli's hosting of delegates was an attempt to buy their votes; and, second, a letter sent to the deputy mayor of Battistelli's home town of Saint-Germain-en-Laye, just outside Paris, where Battistelli was a town councilor. The letter accused Battistelli of abusing his power at the EPO.

In response to anonymous criticisms, Battistelli set up an internal investigative unit under his direction that proceeded to snoop on staff using methods that are illegal under Germany employment law, such as key-logging software and secret surveillance, to find out who was behind them.

The investigative team came to believe that Corcoran was behind the anonymous postings and went to Battistelli, who ordered his immediate suspension.

When Corcoran appealed that suspension, the president went to great lengths to paint him as a security risk while refusing to allow him to respond to allegations. The suspension was extended and the disciplinary proceedings continued, despite the ILO noting that Battistelli had a clear conflicts of interest and should have stepped aside.

The ILO also castigated the Administrative Council for allowing Battistelli to preside over the issue noting that it "should have sent the matter back to the next most senior official to exercise authority instead of the President, who was precluded from exercising authority because of his conflict of interest."

That wasn't all however: when the matter arose at the Boards of Appeal of which Corcoran is a member and which is supposed to act independently of EPO management, Battistelli intervened again, accusing the appeal board of having no authority to decide such matters and setting up a governance crisis within the international organization.

That intervention, incidentally, may cause the demise of Europe's Unitary Patent Court (UPC) after a German patent lawyer pointed to the resulting lack of independence of the Boards of Appeals as evidence that the UPC broke German constitutional law – the case is still being heard but it has prevented it from becoming German law.

The news that the ILO has come down strongly on the EPO and Battistelli in particular will come as some relief to EPO staff that has felt under enormous pressure for the past few years.

The situation at the EPO undoubtedly sparked the highly unusual decision by the ILO to hold a public meeting to go through the decisions of eight specific cases out of 170 it has decided that will be released in January.

Of those eight cases, five involved the EPO and two of them were Patrick Corcoran's and both found heavily in his favor. Two of the remaining three concerned an earlier ILO decision against the EPO when it found that the organization's appeals committee was invalid and demanded its previous two years' of decisions be revisited.

The last case involved another firing of another EPO staff member. In that case, the EPO and Battistelli personally were again heavily criticized: the president's response was "inadequate" and the EPO had "breached its duty of care", the formal judgment decided.

In Corcoran's two separate but related cases, the EPO was ordered to:

That may not be the end of it either.

The ILO president strongly implied at the public hearing that the decisions against the EPO were going to be repeated in a range of other EPO cases that have been lodged with the ILO.

Earlier this year, the ILO published an extraordinary paper for discussion at a meeting of its governing body later that complained about how the EPO's management was causing so many complaints that it was undermining its ability to do its job.

The decisions in those cases will be published in January and will almost certainly add more pressure to the current EPO management.

In summing up the man and this egregious case of the abuse of power, it may be worth looking at the allegations that sparked it all off in the first place: that he was using the EPO's largesse to buy votes, and a warning to the town of Saint-Germain-en-Laye that their councilor was abusing his position.

Last month, fury erupted at the EPO when it was discovered that Battistelli would become deputy for culture in his hometown of Saint-Germain-en-Laye. Why were staff angry? Because they had just found out where the EPO's big annual awards ceremony - the European Inventor Award – was going to be held on June 7, 2018. It will be Battistelli's last one in charge as his term-limited presidency comes to a close soon after.

The ceremony always takes place in the heart of big European cities and since its inception in 2006, it has been to a different city each time. In order: Brussels, Munich, Ljubljana, Prague, Madrid, Budapest, Copenhagen, Amsterdam, Berlin, Paris, Lisbon, Venice.

For 2018, the EPO is going to return to a city it went to only three years earlier. And breaking with tradition a second time, it won't be in the heart of the city. It will be held in a little known suburb to the west of the city. It's well known to EPO staffers for all the wrong reasons: it is, of course, Saint-Germain-en-Laye. ®