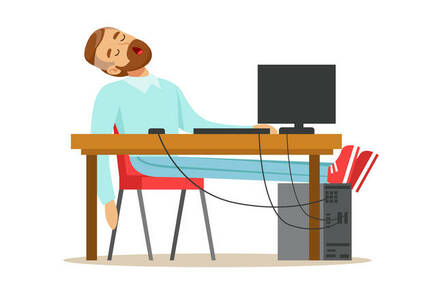 The near two decade-old story that refuses to lie down aroused interest again at the weekend: folk from Ringaskiddy in rural Ireland complained once more that a nearby Viagra plant was still giving local men and, um, dogs a chubby.

The village first popped up in 1998 when reports surfaced that the smell of chemicals used by the manufacturing facility set up by Pfizer had made dogs in the area frisky and would turn the place into an "erection section".

At the weekend – signalling the beginning of the "silly season" for journalists – The Times splashed a rehash of the time-honoured tale about the southwestern coastal town of Ringaskiddy, where the name is no longer the only thing the residents are embarrassed by.

“One whiff and you’re stiff,” said Debbie O’Grady, a barmaid at the local drinking hole, the Ferry Boat Inn. “We’ve been getting the love fumes for years for free,” said Debbie’s mammy, Sadie, in reference to the chemicals being released by the factory in smoke form.

Sixty-year-old Sadie O’Grady suggested Ringaskiddy has something of a Hotel California to it, where people come, “perhaps out of curiosity”, and check out but never leave.

“They settle down here. As they say, there’s something in the air - not that we need it of course. But for some fellas with problems in that department it can be a blessing.”

The widow lost her husband two years ago but confirmed she’d never been lonely in the village that the paper said was reputed for the sex life of its residents.

“I’m a flirtatious woman, a lot of us are round here,” she said, “You just have to have a spark, that’s all. There’s a lovely man waiting down the road for me.”

The locals are reported to dislike the stream of stories about the impact of Viagra on the locals, but clearly no one has told Fiona Toomey about this. Toomey, once a cleaner at Pfizer, has returned after half a decade spent working as a psychiatric nurse in the US.

“Even the dogs here have been known to walk around in a state of sexual excitement,” she said. “I think Viagra must have got into the water supply. I’m convinced that’s what happened at the very beginning before they were so closely regulated.“

Sadly, Pfizer has claimed that talk of “Viagra in the air” is just an “amusing myth” and the “manufacturing processes have always been highly sophisticated as well as highly regulated”.

As well as providing chemicals splints for men, Pfizer also makes laxatives, but El Reg has yet to uncover concerns of FiberCon causing runny botty syndrome among the populace where it is manufactured. ®

Is that a DIMM in your pocket or have you been at this banned bean again?

It provokes the desire and makes the performance bigger and harder

Up to individual orgs to deal with security, sniffs HSCIC

Viagra spam shop live on Twitter for a month

Repeated complaints lead to no action