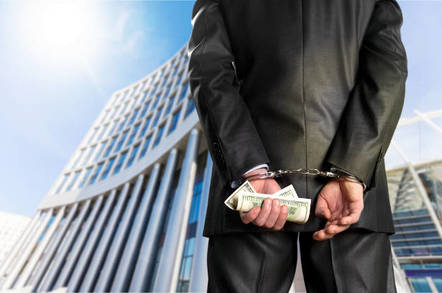 The SEC's new online crime unit says it has frozen what officials believe to be a fraudulent cryptocurrency.

The US securities watchdog claims Canada-based PlexCorps and its owners, Dominic Lacroix and Sabrina Paradis-Royer, are violating anti-fraud statutes by promising US investors impossible returns on investments in their initial coin offering (ICO) operation.

According to the commission's complaint [PDF], filed in the Eastern New York (Brooklyn) District Court, the PlexCorps ICO had drummed up $15m in investments for their PlexCoin currency promising returns of 1,354 per cent on investment within 30 days.

The SEC says that Lacroix defrauded investors by hiding his own dubious financial history in Canada and presenting the PlexCoin launch as a means of funding the launch of PlexCorps as a global cryptocurrency operation.

Rather, they charge, Lacroix was simply planning to pocket the money:

Contrary to these false representations, and as Lacroix knew or recklessly disregarded, PlexCorps and the PlexCoin Token are a scam because: (a) there is no PlexCorps team, other than a handful of Lacroix's employees in Quebec working on the project, and no group of experts working across the globe; (b) the reason that PlexCorps did not disclose the identity of its principal executive—Lacroix—was because Lacroix was a known recidivist securities law violator in Canada; (c) the proceeds from the PlexCoin ICO were not destined for business development but instead were intended to fund Lacroix and Paradis-Royer's expenses including home decor projects; and (d) there was no reasonable basis to project returns on investment in Defendants' scam.

On Monday, a judge granted the SEC's order to freeze the assets of PlexCorps, Lacroix, and Paradis-Royer pending the outcome of the case. The freeze will effectively halt the planned ICO.

The case is the first to be undertaken by the SEC's new Cyber Unit division. The group, founded in September, aims to take action against securities fraud operations that take place entirely online, such as ICO fraud, corporate hacking, and cases of financial misinformation spread through social media.

"This first Cyber Unit case hits all of the characteristics of a full-fledged cyber scam and is exactly the kind of misconduct the unit will be pursuing," Cyber Unit chief Robert Cohen said of the suit.