You're SAP-ing my will to live: Licensing debate lumbers on as ERP giant tries to rebuild trust 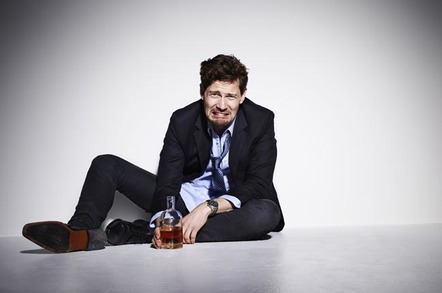 After a year marked by major lawsuits on licensing, German ERP giant SAP is making a noise about its new customer-centric approach, perhaps after realising that its litigious image risks driving down customer confidence.

In February, Diageo was told to pay SAP a cool £54.5m after it introduced two new Salesforce.com systems, which saw it fall foul of SAP's indirect licensing rules. They mean customers can be charged for any system that connects, even indirectly, to data stored on SAP systems.

SAP is by no means unique in its decision to enforce its licensing rules, but – as experts warned at the time – it's now facing the repercussions.

Because customers, having had their eyes opened to the size of the fines, are wary that their wallets will follow suit – and have declined SAP's offer to "engage with them" over their licensing concerns, prompting the biz to go so far as to set up an anonymous help centre.

So SAP seems to be on something of a PR offensive with its users: it's the company of trust, of empathy; of putting the user first.

That was certainly the message execs hammered home during the 2017 UK and Ireland SAP User Group conference, held in Birmingham last week.

"Everyone says, put the customer first. This is repeated time and again in our internal discussions," Mike Slater, managing director for UK and Ireland, told the audience.

"But for some strange reason, that isn't how you guys are feeling."

Slater, who joined SAP about six months ago, described what he called a "blue ocean strategy" – a culture change that will see sales and customer success teams focusing more on the customer and less on a tactical, short-term approach.

Speaking to The Register, Slater said it was "unhealthy for SAP" to have customers in the marketplace who feel "begrudged" about the processes they've gone through.

According to Slater, by the end of the culture change, customers and their account managers might even be in the position where the SAP side could level with them about their KPIs.

"If you have a good relationship with a customer... you can ask a favour, and just say, 'Look, we have some milestones we'd like to meet, and provided it's not to your detriment, then it would be great if you could help us with those'. That tends to go much, much further than any kind of pressure sales-patter approach," he said. "It's really emotional intelligence."

This echoes both CEO Bill McDermott's repeated calls for "customer empathy" from his biz, and chief business development officer Hala Zeine's emphasis that SAP's aim is to be "reliable, transparent and predictable".

Speaking to journalists at the conference, Zeine acknowledged there is "angst and anxiety" around licensing, but said that the firm was working to build trust, by being open in both its policies and the way it behaves.

"Customer centricity" is the aim, she said, because that drives satisfaction and renewals. "Happy customers... ultimately that's what it's about."

'There's a pent-up requirement for knowledge'

All of this sounds just delightful, doesn't it? You could almost say it's too good to be true. Because for all the talk of culture change, there are problems that need concrete action before users will be able to really trust the biz.

"The trust thing is interesting," Paul Cooper, chairman of the UKISUG told The Reg. "It's difficult to maintain a relationship in SAP with an account manager because there's quite a bit of churn. So the conversation you might have had two or three years ago, there's no context if you've got a new account manager."

Giving those relationships some longevity would be beneficial, Cooper said, but equally important is how SAP will balance encouraging account managers to be more customer-centric with the fact they will be given "stretching targets".

It's also clear that SAP's customers aren't getting the messages the top brass think they're pretty clear on.

For instance, the biz has pinky-sworn not to back-charge customers if they come forward with licensing concerns – something Zeine was particularly emphatic about being understood at all levels of the company.

But Cooper was more cautious, noting that sometimes these discussions could end up being brought into negotiations about purchasing something else. He added that it was hard for firms to talk to the user group about what goes on in these deals because they're tied up in NDAs.

"There's a pent-up requirement for knowledge," he said. One way SAP could help their confused customers would be to offer more clarity on specific licensing options.

Although SAP has published new policies on Order to Cash, Procure to Pay and Static Read – which Zeine said makes up 80 per cent of licensing non-compliance over the past decade – the user group would like more detail.

"Charging by business outcome actually isn't that new," Cooper said. "While it's welcome they're talking about it, there are different sorts of sales orders – does what you're talking about apply to all of them?"

As an example, he said that his own firm, Burtons Biscuits, processes a high volume of low-value product orders – a very different situation to, say, a business in the sale of nuclear submarines, which will see a low volume of high-value sales.

"We've been pushing quite hard on getting scenarios from SAP," Cooper said – but without much luck to date. "I know they're going to differentiate between B2B and B2C, but we need to start seeing that detail. We're still pushing that through SUGEN [the executive network of global SAP user groups]."

And this lack of clarity is also a point of frustration when the firm touts its new wares without telling customers how to use them within the bounds of SAP's rules.

Pointing to demos made during the user group conference, Cooper said: "We'll have business users saying 'we need that', but then there's this whole world of 'this is what you need to do for licensing'."

This drive for clarity in an increasingly complex environment isn't anything new – Cooper said that both UKISUG and the SUGEN have had licensing on their agendas for many years.

But it is something SAP's lawsuit against Diageo has put on mainstream media's radar, which makes it crucial for the firm to do more than just talk the talk when it comes to building empathy and trust. ®