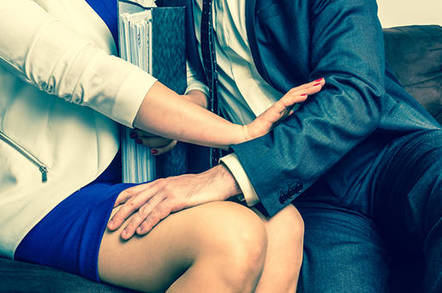 The co-founder of tube-traveling startup Hyperloop One and a key Uber investor has left the company effective immediately following allegations of sexual assault.

Shervin Pishevar said in a statement on Tuesday that he had decided to "take an immediate leave of absence from my duties" in order to pursue a lawsuit that he filed last month, claiming that he was the victim of a smear campaign.

In a story last week, Bloomberg reported that six women claimed to have been sexually assaulted or harassed by Pishevar, including one claim that he pushed his hand up the dress of a work colleague during an annual holiday party hosted by Uber in 2014.

The event was reportedly witnessed by a number of people, some of whom also recalled that he turned up to the party with a Santa hat-wearing pony on a leash – a detail that was later confirmed by his attorney. The pony, that is, not the hand-up-dress.

The most serious allegation however is that Pishevar was accused of rape while in London but was later released without charge by British police.

In his statement, Pishevar made reference to the allegation, noting that "through the discovery process, I hope to unearth who fabricated the fraudulent London 'police report,' and who is responsible for spreading false rumors about me."

He did not reference the claims of the other five women however who all tell a similar story of how he kissed or groped them without their consent and repeatedly asked them to have sex with him to an extent that they felt was harassment.

More of the same?

Aside from being a high-profile investor in Uber – whose boorish culture has been exposed repeatedly – Pishevar was also accused of unusual conduct in a lawsuit involving his own company, Hyperloop One, when his co-founder, Brogan BamBrogan accused him of paying the company's PR advisor more than any other employee, tripling her salary to $40,000 a month shortly after he started sleeping with her.

The arrangement only ended when their proposed engagement fell apart and she was fired, the lawsuit claimed – the details of which appeared to be later confirmed by Hyperloop itself, although it denied the extra payments were as a result of the relationship.

BamBrogan also painted a picture of a workplace completely out of control, with celebrity guests turning up unannounced and the company's headquarters turned into a private party venue.

Hyperloop's response to BamBrogan lawsuit also raised eyebrows. It accused BamBrogan of being offensive and sexist. "When he was at the office, BamBrogan was well known for screaming at and berating employees and co-workers, often using obscenities. He began engaging in brazen sexism. BamBrogan repeatedly antagonized female partners, vendors, and employees," it claimed.

It also said that BamBrogan "took out his aggression on female employees" and became "increasingly disruptive to the Company with his profane, erratic, sexist, and inebriated outbursts toward management, fellow employees, and outside consultants, including screaming in the face of a co-worker for no rational reason, punching a wall, and breaking a beer bottle."

Other claims where that BamBrogan "often appeared inebriated at the office" and "at one point during his short-lived stint as the Company's interim CEO, BamBrogan boasted to a friend visiting the office: 'Can you believe all these bitches work for me?'"

Although the lawsuit was later settled, it was clear that the Hyperloop One work culture was not exactly gender-friendly.

"I care deeply about the incredible teams at Sherpa Capital and our portfolio companies and Virgin Hyperloop One, and hope that my decision to take a leave of absence will eliminate any potential distraction to the great and important work being done at these companies," Pishevar's statement concluded. ®