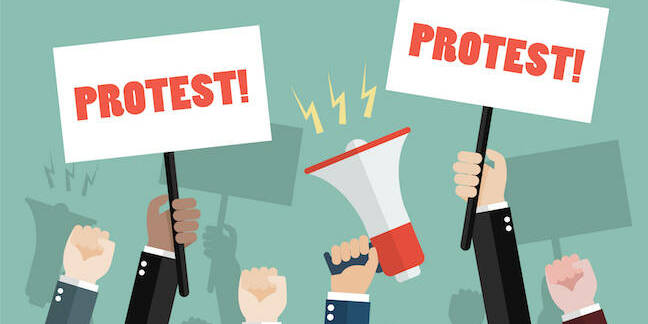 French activists on Saturday occupied a Paris Apple Store as part of a campaign to try and shame Cupertino into paying local taxes.

According to local reports, around 100 members of an anti-globalisation group called Attac occupied the store, near the Paris Opera, for “several hours”.

Agence France Presse quoted Attac's spokesperson Aurélie Trouvé as saying the group's demand is that Cupertino “pay its fair share of taxes in the country in which it really operates”.

Attac said it wanted Apple to cough up the €13 billion (£11.5bn, US$15bn, AU$20bn) the European Union last year said it's dodged by processing its income through various nations.

In October, the EU lost patience with Apple, and sent the dispute off to the European Court of Justice.

Attac said it intended to “denounce the practices of Apple in good spirits” and Trouvé said the group also wanted the company to be internationally transparent.

“We must be able to verify that the taxes paid by Apple are in line with its actual activities. For this, we require Apple to publish its country-by-country reporting now and retroactively over the last few years”, she said.

The protesters left the store on the promise of a meeting with Apple management in France within 15 days. ®

We really doing this again? Rumour has it that Apple is nearly finished developing augmented-reality glasses