Baidu's Deep Speech with TensorFlow under the covers

Mozilla has revealed an open speech dataset and a TensorFlow-based transcription engine.

Mozilla floated "Project Common Voice" back in July 2017, when it called for volunteers to either submit samples of their speech or check machine translations of others' utterances.

The project's Michael Henretty wrote that “most of us only have access to fairly limited collection of voice data; an essential component for creating high-quality speech recognition engines”. Even limited non-free data sets cost “upwards of tens of thousands of dollars”.

Mozilla's Sean White wrote that the job of extending Common Voice beyond English will begin in the first half of 2018. 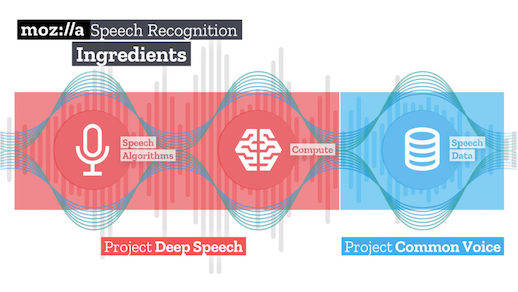 In this post at Mozilla Hacks, Rueben Morais described Deep Speech as “an end-to-end trainable, character-level, deep recurrent neural network (RNN) … It can be trained using supervised learning from scratch, without any external 'sources of intelligence', like a grapheme to phoneme converter or forced alignment on the input.”

As Morais noted, with 120 million parameters in the Deep Speech model, the group needed one machine with four Titan X Pascal GPUs, and two more servers with eight of the GPUs each.

The result of all that work was that on a GPU-equipped MacBook Pro, Deep Speech can transcribe a little over three seconds of audio per second. With just a CPU, a second of transcription takes around 1.4 seconds. ®