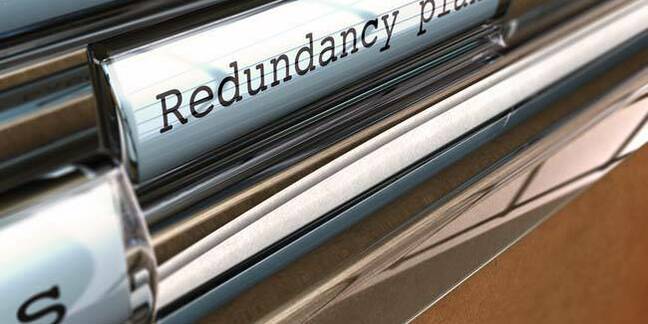 Staff received the memo on Monday, the same day that Big Blue told its people working in the IS Delivery department, also housed within GTS, that they too are at risk of losing their job.

The TSS note to employees was worded in exactly the same way. Staff were told IBM is forming an Employee Consultation Committee to "represent the permanent employee population of the Technology Support Services in the UK".

"The purpose of the ECC will be to engage in employee consultation to discuss proposals for the organisation to meet its business objectives," the letter – seen by us – stated.

As with IS Delivery, the talks start on December 6 and will last 45 days. Again, this means IBM is looking to open the hatch for at least 100 employees.

One insider told The Register word internally was that the axe could fall on up to 25 per cent of TSS, which is estimated to employ between 450 to 500 people.

Our source described management as "spineless ***** to do this over the Christmas period and they should be ashamed".

Workers have until 4pm on December 1 to nominate reps for the ECC, and Big Blue reminded all in the division to "continue to provide a first-class service" to customers in the meantime.

As El Reg has repeatedly highlighted, IBM wants eight in 10 of its GTS staff globally to be based in lower-wage locations, including India and Eastern Europe, by the end of the year.

IBM isn't alone in its relentless cost cutting – travel and other expenses were also clipped this year. Major outsourcing firms are under pressure from the cloud and customers less willing to enter into multi-year contracts.

For its part, IBM has failed to report sales growth in 22 quarters, and its profits have also shrunk in that time. ®