Harebrained space schemes are expensive, yo 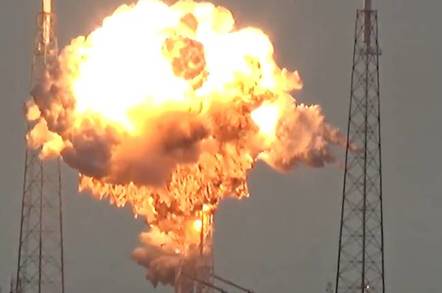 SpaceX has amended an US Securities and Exchange Commission filing from August to reveal it raised cash by selling off about a hundred-million bucks more in equity and stock than previously disclosed.

Elon Musk's Mars project last raised about $350m in July from selling off equity and stock. The new filing adds about $100m more, bringing the total to $450m.

A company mouthpiece told The Register: "This filing simply discloses that SpaceX received an additional $100m of investment as part of the last funding round which was disclosed earlier this summer."

One of Musk's big goals for SpaceX is to – somehow, ask him, not us – get humans to Mars in seven years. Obviously, that costs moolah. The biz has raised more than a billion dollars so far, according to Equidate.

Once upon a time, SpaceX rockets had an unfortunate penchant for exploding – including the Falcon 9. For fun, Musk released a video of all the bloopers.

According to its website manifest, SpaceX's last "completed" mission was out of Cape Canaveral on October 30.

But go easy – getting to the Moon was no walk in the park. As Musk would likely say, reaching Mars is way harder. ®