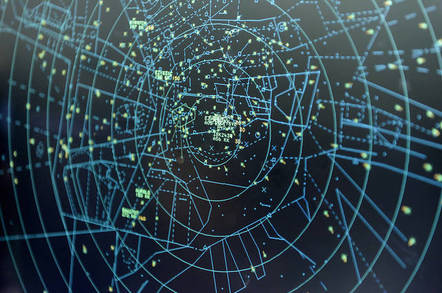 Troubled integrator biz Logicalis has scooped itself a contract to supply the UK's main air traffic control firm with key IT infrastructure equipment and services.

The new kit will be used as part of NATS' contribution to the Single European Sky Air Traffic Management Research programme (SESAR), which aims to fit more aircraft into the crowded skies over the continent by automating some air traffic services. NATS is pouring £600m over all into the effort. There is no word on how much of that will end up in Logicalis' coffers.

Some air traffic management systems, which SESAR is intended to replace over time, were first commissioned in 1974, according to an auditor's report into the NATS scheme. The auditor noted: "Despite considerable investment in these legacy systems it is increasingly difficult to upgrade them and it now seems that they will no longer be capable of meeting SESAR goals and requirements."

The deal will see Logicalis putting together a "technology infrastructure and services platform" that both human and robot air traffic controllers alike will depend upon. Earlier this year NATS announced the scheduled opening of a "remote control tower" at London City Airport.

"Logicalis are providing the design and implementation of data centre technologies, supporting the applications that are required to be hosted on the new common infrastructure; including compute, storage, networking, security, control and monitoring," NATS told The Register.

Logicalis UK MD Bob Swallow – who was recruited after his predecessor quit after just six weeks in post – burbled: "Leveraging our design and implementation skills in digital infrastructure technologies, from core and edge networking to highly virtualised data centre platforms, we believe the solutions and services our teams are delivering will provide a solid foundation upon which NATS will change the face of air traffic control in the coming years."

The Civil Aviation Authority has previously expressed concern over how NATS intends to implement its SESAR plans, with the authors of a May 2017 auditors' review (PDF, 14 pages) commenting that its latest service and investment plan contained "insufficient detail to assess the viability of the technology plan".

Logicalis's UK operations have been struck by bad luck in recent years. In 2013 it lost its lucrative Public Service Network contract in Wales to BT after winning the inaugural bid in 2007. The business was also hit by a number of executive departures in the middle of the decade.

Given the auditor's comments on NATS' infrastructure plans, combined with Logicalis's chequered recent history, it is to be hoped that this one sails through smoothly – and doesn't end up being a repeat of the Welsh PSN deal mentioned above. ®

Profits sink at Logicalis, UK captain no where to be seen

Third boss in 14 months; can he stand the summer heat in Slough?