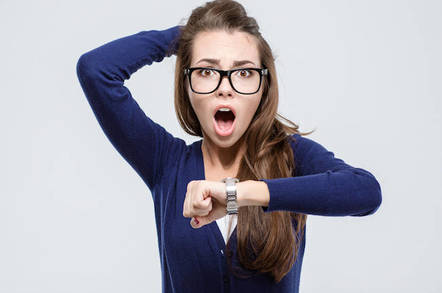 Facebook, Google, IBM, and Red Hat on Monday will give free-software license violators two months to mend their ways before going nuclear.

The tech giants, which release a fair amount of GNU-GPL-licensed source code, have committed to extend the GPLv3's 60-day "cure period" to license compliance errors under GPLv2 and LGPLv2.1 and v2.

Under the GPLv3, software scofflaws have 60 days to follow the rules laid out in the license before the agreement terminates. That cure period will now be available to Facebook, Google, IBM, and Red Hat code under the aforementioned GPL variants, in the hope of making compliance less of a burden.

In a blog post, Red Hat explained that legal proceedings generally produce poor results in the free software and open-source community and that litigation should almost always be avoided.

"For many years, General Public License v2 and V3 have guided the development of the world’s largest shared code base, Linux," he said in a statement. "Extending GPLv3’s non-compliance cure provision to GPLv2 will enable the continued adoption and robust growth of Linux for decades to come."

Karen Sandler, executive director of the Software Freedom Conservancy, in an email to The Register said: “I’m thrilled that companies are participating in this dialog and upping their commitment to enforce in a way that is friendly to the long term success of free software.”

Bruce Perens, one of the founders of the open-source movement and CEO of software-defined radio shop Algoram, told The Register in a phone interview said that the companies making the announcement are among those that stand to lose the most financially if the open source community is perceived to be overly litigious.

"What we're seeing here is a bunch of companies saying they're adopting standards that the community already exceeds," he said, noting that most community-driven enforcements he knew of had gone on for years before the suing started.

Perens pointed to VMware as an example. VMware, he said, was notified many years ago about lack of compliance and it's not clear even now if the company has cured its alleged infringement.

"GPL violation is very widespread and companies have in general not prioritized coming into compliance," he said. "This announcement might actually weaken the prospect of companies that should come into compliance actually doing so."

The VMware case happens to be a sore spot in the open source community, because some consider the lawsuit counter-productive.

Sandler said most GPL litigation has occurred in Germany where lawsuits are not public by default. She said she was aware of two ongoing GPL-related cases in the US involving Artifex and Cokinetic.

Facebook, Google, IBM, and Red Hat are encouraging other software copyright holders to mimic their forbearance, despite the fact that many wait far longer before turning to the courts. In any event, Perens says, these companies can't really compel anyone in the open source community to observe the same restraint.

"If someone wants to litigate and not wait a day, that person could," he said. ®