SurfaceBook 2 battery drains even when plugged in 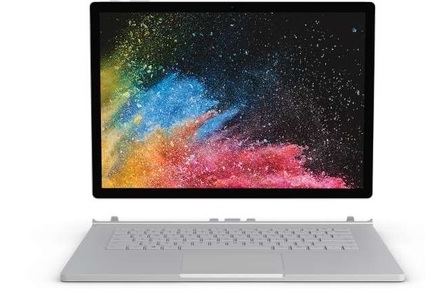 Microsoft's acknowledged an embarrassing issue with its SurfaceBook 2 laptop – its battery can drain even while plugged into its power pack.

Microsoft's billed the laptop as offering “Powerhouse performance” thanks to the presence of NVIDIA GeForce GTX GPUs in most models.

Redmond's also promoted the machines as offering users the chance to “ Run professional-grade software all day” and “Speed through intensive tasks in Dassault SOLIDWORKS, Autodesk Revit, Adobe Premiere Pro and other desktop software.”

But as publications offered review units discovered, all that speeding meant that even when plugged in to the power supply Microsoft slips into the laptop's box, the devices' batteries depleted.

The reason, it transpired, is that when set to operate at maximum potential, running demanding software and with the GPU firing all cylinders, the SurfaceBook 2 simply uses more power than its brick delivers.

Microsoft's product page stated the devices offer “Up to 17 hours of battery life” when disconnected from a power supply, so a slight drain while connected need not mean much inconvience.

Yet it's almost certain that Microsoft knew this was a potential problem when it shipped the devices as the combined power consumption specs of a Core i7 CPU and the GTX 1060 GPU used in some models exceeds the 95 watts the power supply shipped with the device can provide.

Microsoft's issued a statement that explained the laptops' power management smarts ensure their batteries will never become completely depleted, and also recommended users keep an eye on their power management settings. However reviewers have noted that some software demands the laptop runs at maximum settings. ®