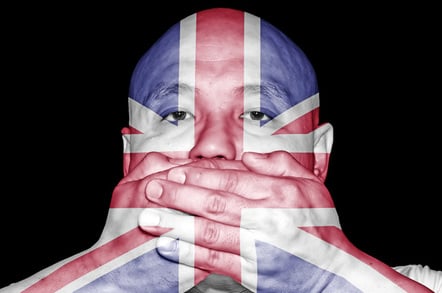 Proposals to reform and rewrite Britain's aged Official Secrets Acts have been postponed for at least a year, the government's Law Commission has confirmed to The Register.

Campaigners and media organisations now hope that the new "journalistic ice age" threatened earlier this year may not happen after all.

As proposed, the plans would have threatened reporters, as well as whistleblowers, with jail sentences of up to 14 years, regardless of the public interest in revelations, and even if what was revealed was not likely to cause damage.

The Commission's plan for the "first overhaul of the Official Secrets Act in 100 years ... to meet 21st century challenges" and using so-called "future proofed" laws will not now be completed until late 2018 at the earliest. Plans for new laws had initially been proposed for publication this summer, newspapers were told, but were then held back.

Planned Espionage Act could jail journos and whistleblowers as spies

A Law Commission spokesperson told The Reg this week "having extended the consultation period, and accepted a number of responses from the media and NGOs after the closing date, we are now in the process of analysing responses. We aim to report by September 2018."

"These delays reflect the Commission's failure to consider the public interest at the start or to consult sincerely and effectively before they drew up proposals", according to the Open Rights Group (ORG).

"The Commission cannot now realistically expect Parliament to consider legislation of this type as Britain approaches the Brexit cliff", Javier Ruiz of ORG told us. "They should accept that they got it wrong and move on".

After being exclusively revealed by The Register in February, the proposals met a storm of protest, joined by the Daily Mail and the Daily Telegraph as well as the Guardian. The Telegraph called the plan "outrageous, nothing less than a threat to Britain's free press and thus its democracy".

Downing Street then reportedly announced rushed to disavow the "consultation ... instigated by a previous prime minister ... It will never be our policy to restrict the freedom of investigative journalism or public service whistleblowing."

Following these reports, the public consultation period for the proposals was extended. An avalanche of criticism from NGOs and press and media organisations followed.

Research for The Register has uncovered astonishing evidence, published here, of how Civil Service mandarins sought to manage the last planned full reform of the Official Secrets Acts 50 years ago. Faced with growing demands for less secrecy, top mandarins extolled the virtues of keeping all the "draconian" powers of the Official Secrets Acts in place - in secret, or course.

Nothing like a light bit of caning to focus the mind, eh?

In a confidential memorandum (full text here) not released until after 2000, Cabinet Secretary Sir Burke Trend wrote to his eventual successor that the Official Secrets Acts were "like the cane in the best type of orthodox school,  i.e., it is not used very often but the knowledge that it is there has a remarkably stabilising effect".

This Sir Humphrey-like approach, parodied in the BBC series Yes Minister, has more recently led the Daily Mail to critically report on other cabinet secretaries, for attempts to conceal dishonest, corrupt or publicly controversial official behaviour, including using both civil and criminal law, calling on incumbent "Sir Coverup". Perhaps they should also have introduced their readers to Sir Spankalot.

The National Union of Journalists has told The Register that the Law Commission's proposals should go back to the drawing board.

Senior Campaigns and Communications officer Sarah Kavanagh told us: "The NUJ has provided a robust response to the Law Commission proposals for a new espionage act. We highlighted historical evidence that the legislation had been used to threaten or silence journalists reporting in the public interest. The proposals should now just be scrapped." ®

On-Call Diplomatic sysadmin shares stories from the field, like the monkey that ate a USB drive containing classified files