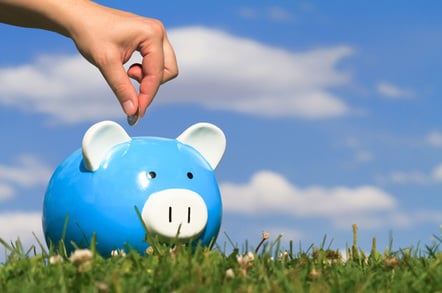 The city council voted 50 to 25 to migrate all of its remaining Linux computer systems to Windows 10 in 2020 as part of a €89m IT overhaul, Social Democrat councillor Anne Hübner told The Register.

Hübner said the Windows move would take about half a decade and would not require staff retraining. The majority of the €49.3m will go toward technical infrastructure, with €9m towards licensing over six years. The cost includes 6,000 Office licences.

The city announced project LiMux in 2004, but members of Germany's leading parties have argued users were unable to access certain programs they needed and there was friction dealing with other government agencies.

The open source community and minority parties, including the Greens, opposed the end of the Linux project, but in February, the council voted to end the LiMux project, and earlier this month the committee voted on the 2020 timetable.

The latest ballot formalizes those decisions. "I think this decision over time will make it easier and cheaper for us to buy public sector software on the market as everything there is designed for Windows (only)," said Hübner.

She added that "our goal" is to have a client that operates from the cloud, but "that will take time especially for a huge city like Munich."

He said the outcome was "a great mistake - expensive and with many risks concerning IT security".

The return to Windows is a blow to open source advocates. Peter Ganten, CEO of Univention in Bremen and a member of the Open Source Business Alliance, previously told El Reg that Munich will spend "decades of man power" and "millions of euros" on migrating back to Microsoft software.

He said operating systems were becoming "more unimportant and other organisations are wisely spending their money for platform neutral applications."

And Matthias Kirschner, president of Free Software Foundation Europe, claimed the return to Microsoft would "paralyse the city administration for years" and civil servants and that would "suffer".

Why are you doing this?

Give a penguinista a hug, the Outlook's not good for open source's poster child

Another German state plans switch back from Linux to Windows