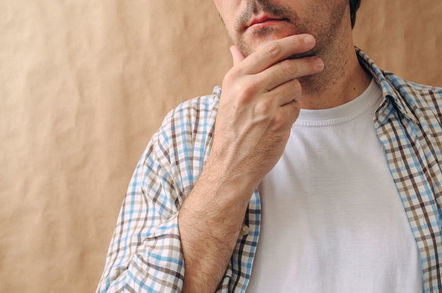 Links to pages slating a telco slapped with multiple fines from UK regulators have been wiped from Google's search results after a claimant asked the search giant to chuck them down a sinkhole.

Dartford-based phone and broadband provider True Telecom was this month fined £300,000 by Ofcom.

And earlier this year the ICO, the UK's data protection watchdog, ordered the firm to pay £85,000 over complaints about "misleading" calls to potential customers that gave the impression they were from Openreach.

True Telecom, though, would surely prefer for Joe Public not to stumble across articles referring to these practices or investigations, and somebody has exercised their right to issue Google with a takedown request for three search results.

In a notice on Lumen Database, which aggregates legal complaints and requests for removal of online content, someone describing themselves as True Telecom's owner said that comments on the webpages are "not true".

These three sites are described as "gossip forums", although one is a discussion page on the generally respected advice site Money Saving Expert and another is a news article about the Ofcom probe on ISPreview, possibly for the comments below. (We wonder if El Reg will be next.)

Nonetheless, the claimant alleged the "customers in question have never existed in my database" – perhaps not a surprise given some of the complaints are from people who were cold-called by True Telecom.

Apparently unaware of the irony of chasing people who have complained about unsolicited marketing, the claimant added: "I have attempted to contact each complainer to try and resolve any issues that they might have but the clients don't exist."

The mission to find the source of the comments didn't stop there, however, with the notice adding they "have traced the IP addresses back to the competitor 'Think Telecom' based in the same area of the UK".

Another option floated is that the comments are from disgruntled ex-employees trying to besmirch True Telecom's name.

And so, ploughing on, we reach the denouement, as the claimant revealed a crucial piece of evidence to prove these commentators are fake news: "The laughable fact is that in several occasions they have used the same name and claimed to be pensioners yet the emails were sent at 4am in the morning." Iron-clad.

Google, sensibly*, complied with the request and the offending links no longer appear in its search results. The firm isn't required to investigate every complaint for legal validity, and indeed probably wouldn't have the expertise or resources to do so for every takedown request it receives.

But far be it from El Reg to suggest that submitting such requests to Google is an almost sure-fire way of getting uncomplimentary pages stripped from the world's most used search engine.

We've contacted True Telecom for comment on the takedown notice. We will update the piece if we get a response. ®

* The European legal framework — Article 14, 2000/31/EC — discourages an intermediary (such as Google) from investigating a complaint's validity. It incentivises them to simply remove the content as they could potentially face potential liability for not having done so.