HP Inc – the no-drama one – is actually doing fine with PCs, printers

Personal gear a more reliable moneymaker than servers. Who knew? 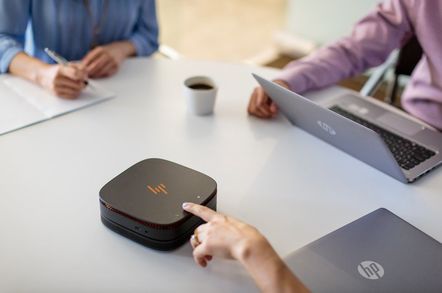 On a day when Meg Whitman, CEO of its sibling HPE, announced her departure from the biz, HP Inc revealed its slow and steady progress in two tough markets.

The printers and PCs half of the Hewlett-Packard split closed out a $52bn fiscal year that saw revenues climb by eight per cent on the previous 12 months.

For the fourth and final quarter of its financial year – the three months to October 31 – HP Inc reported:

"Our results demonstrate that HP is strong and getting stronger,” CEO Dion Weisler told investors on a conference call on Tuesday. "We posted top-line growth across both Personal Systems and Print, with broad-based, double-digit growth in all three regions, while also growing operating profit and non-GAAP EPS year-over-year."

In short, talk of the death of printing and personal computers this year has been greatly exaggerated, it appears. Weisler pointed out as much to analysts when asked about the outlook for HP's personal systems group

"This is still a $333bn market," the HP Inc boss said of the PC space. "One in five machines have an HP logo on it, meaning four of five don't, and that is an opportunity for us."

HP Inc also expects to be able to bolster the returns in its printing business as it looks to take on Samsung's print business, thanks to their 2016 acquisition deal. ®