Matt Hancock blissfully unaware that deal is on brink of collapse 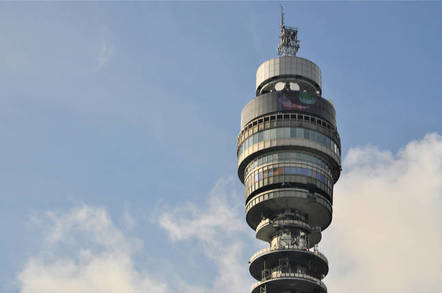 UK digital minister Matt Hancock has denied that talks with BT to improve poor internet speeds in 1.4 million rural areas have fallen through.

The former British state monopoly has controversially volunteered to connect 98.5 per cent of premises to at least 10Mbps by 2020, as an alternative to the government's plans for a mandatory 100 per cent by 2020. The business has said it will cost around £600m, which it will recoup by further hiking everyone's broadband bill.

If the government takes BT's route, it will be accused of propping up a monopoly. Some alternative network providers have expressed concern that such a move could damage their roll-out plans.

However, insiders have said the plans for a legislative approach are in such disarray it could take years for rural communities to get decent speeds.

According to The Sunday Telegraph, a deal between the government and BT is on the brink of collapse. Sources told the paper that the talks will fail partly because of fears of legal challenges from BT rivals, who said the new technology would disadvantage them. An announcement is expected in days, the paper said.

When grilled at the Parliament and Internet conference, Hancock said: "We have taken a twin-track approach. We have a statutory universal service obligation (USO), which we have consulted on and are considering our response... and we are talking to BT. We've made progress on both fronts.

"I didn't recognise the description in the papers... but part of being a minister is sometimes seeing things that are close to the truth and some that aren't."

Openreach boss Clive Selley said BT's voluntary USO would be an "important" measure in addressing poor connectivity in rural areas. His comments followed a Devon village's decision to burn an effigy of an Openreach van on bonfire night in protest over slow broadband speeds.

Hancock declined to comment on whether we're likely to see more burning effigies of Openreach vans if the government fails to decide on a route soon. ®