UK.gov told to tread carefully with transfer of data sets to NHS Digital

It’s almost as if it doesn’t have a great track record on patient info and IT projects... 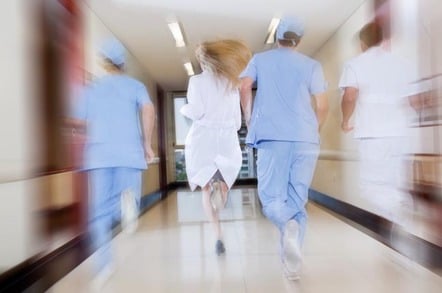 The UK government has been advised against a hasty shift of vital data sets from one quango to another as it aims to centralise medical data collection and management.

Data on disease diagnoses, treatment and outcomes is a crucial resource for the health service, and the government has argued that better links between various parts of the NHS will benefit patients, both as individuals and overall.

But efforts to centralise information and increase data sharing across the NHS have not met with great success. The most recent attempt, the Care.data scheme, was scrapped last year amid widespread criticism.

The government hasn't demonstrated a particular aptitude for running major IT projects on time or budget, and the health sector is no exception. Take for instance the £11bn National Programme for IT, scrapped in 2011, and admissions that plans for a paperless NHS by 2018 were probably a bit optimistic.

So it's perhaps a relief that NHS chief clinical information officer Keith McNeill's review (PDF) of proposals to move management of data sets from Public Health England to NHS Digital appear to have "proceed with great caution" stamped all over them.

McNeill was asked to look at whether PHE's data collection and management activities could be moved to NHS Digital, under its auspices as the central repository for health data in the country, and how that could be achieved.

His conclusion is that such a shift should only go ahead once both organisations are certain that NHS Digital has the capability and capacity to manage the data sets without any impact on data quality and performance, and after the costs had been assessed and the money was there to complete the transfer.

To demonstrate this, PHE and NHS Digital should carry out a "due-diligence" process for each data set that considers the costs, risks and capabilities required for both the data transfer and its subsequent management.

The pair should begin a pilot "immediately" to develop and trial a "robust and realistic" process on a significant data set, evaluate and refine it and then create a "clear methodology" that can be used for other data sets.

Proposals for this work should be on the Department of Health's desk this calendar year, McNeill said.

'Not all data sets are equal'

As part of McNeill's assessment, he recommended greater caution on moving some data sets than others, saying PHE should divide them into four tranches based on their complexity and the capabilities NHS Digital would need to manage them.

One of these groups would be data sets that need to remain with the PHE, such as those that support real-time provision of population-facing services that are part of PHE's core functions, like lab results.

The remaining data sets should then fall into three groups. The first two are those that could be moved in 12 to 18 months with "minimum if any disruption to functionality" – defined as having the capacity, capability and costs already in place – and those that would take 18 months to three years to prep for.

That's followed by the National Congenital Anomaly and Rare Diseases Registry and the National Cancer Registry – large, specialist and complex data sets that have "intrinsic links" to other strategic health developments, and need to be considered over a longer time of three to five years.

Next page: 'An example of an NHS IT project that's gone well'
Page:
Tips and corrections
23 Comments