DVLA could bring in £15m from fine-wielding corporates 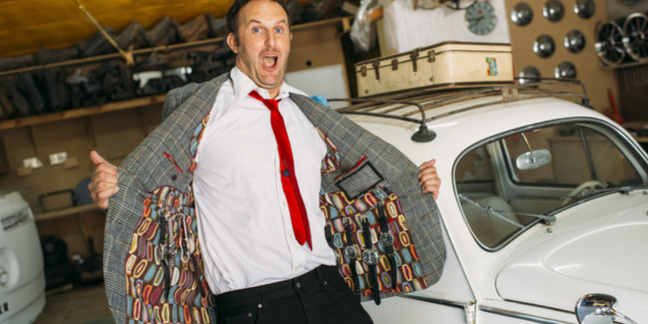 The UK government is driving towards a sale of up to 6 million vehicle records to private parking firms, according to a transport lobby group.

The RAC Foundation monitors the number of vehicle-keeper records that the Driver and Vehicle Licensing Agency sells to firms, which use them to issue car owners with fines for parking violations on private land.

The DVLA charges companies £2.50 for each request, in which they can ask for the name and address of the registered keeper at a specific date and time.

It means the body could bring in as much as £15m with this year's batch, which might come in useful considering reports that government is looking at multimillion losses after scrapping the paper tax disc.

According to the foundation, the DVLA sold 1.5 million records in the second quarter of 2017-18.

Capita-owned ParkingEye reportedly made 466,668 requests, most for the months of July, August and September this year.

The RAC Foundation estimated that the DVLA was on track to sell "at least 5.6 million" records and could be "easily more than 6 million".

It said that last year the body sold 4.71 million records, while in 2007-08 the figure was less than half a million.

The RAC Foundation put the increase in requests partly down to rules that banned clamping on private land in England and Wales in October 2012.

MP Greg Knight has entered a private members bill into the House of Commons that aims to curb fines from private parking firms, which is due for debate on February 2.

The DVLA said that its data release charges "are set to recover the cost of providing the information. Fees from all vehicle fee paying enquiries equate to only 0.2% of the total amount DVLA collects from Licence fees and taxes”. ®